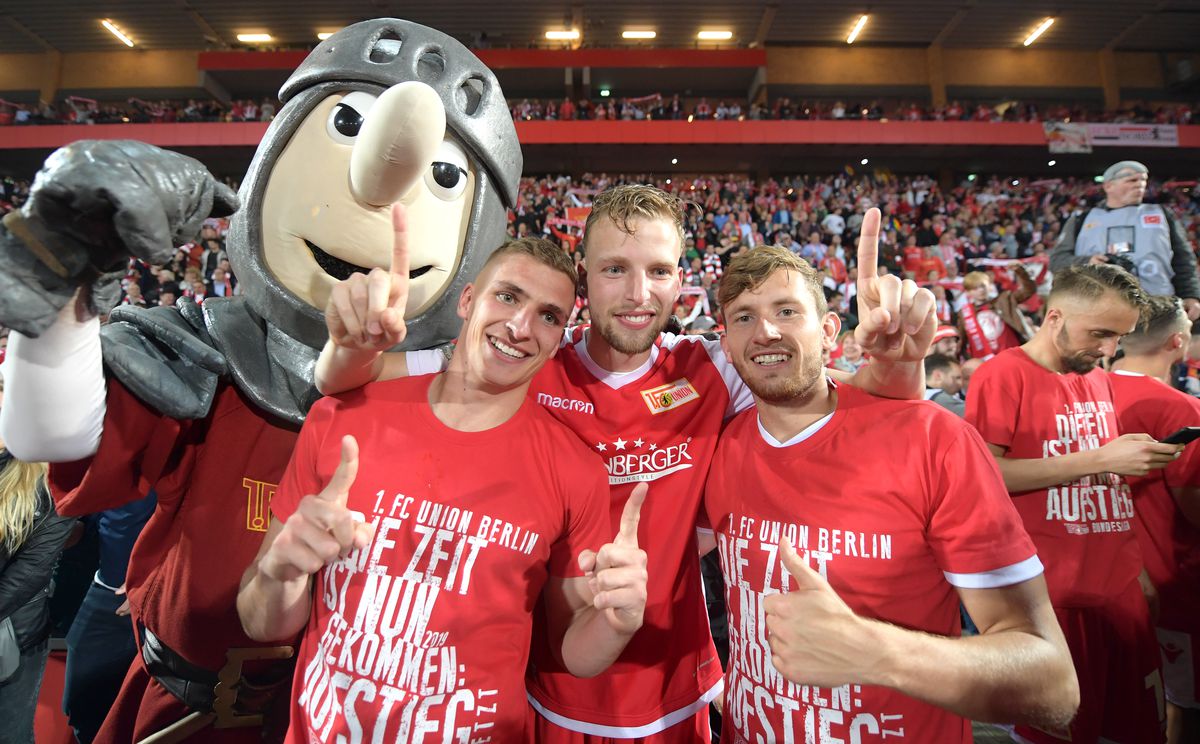 Bayern Munich has had a rough time in the Bundesliga so far this season; they lie in fifth going into the international break. Our writers love not just Bayern but also the Bundesliga. Hence, some of us would like to tell you that if Bayern doesn’t win the Bundesliga, there is another team whose win would warm our hearts.

Why do I want Union to win the league?

It’s no surprise to see that Bundesliga fans have a second favorite team after the big boys. Bayern Munich, Borussia Dortmund, Bayer 04 Leverkusen, RB Leipzig, and Borussia Mönchengladbach are all good and they have the pull of being a well-known club, but Union Berlin is a club that can certainly be classed with the top teams of the league.

I remember watching the relegation play-offs in 2019, which pitted Union against VfB Stuttgart. When the final whistle blew and confirmed Union’s promotion, it was absolute scenes at the Stadion An der Alten Försterei. It was pure madness as they rightfully celebrated being in the Bundesliga for the first time ever. This was the first time I came across Union and like most newly promoted teams, I kept an eye on them.

I chose them over FC Köln, whom I’ve already seen before, and SC Paderborn, who in my opinion doesn’t sound as cool as Union Berlin. Besides, we could use another team from the capital city because in Europe’s top five leagues, Germany is the only one whose capital city team isn’t flushed with success. Like come on Hertha Berlin, you’ve had cash injections and now you’re relegation fodder?

Anyway, Union’s first season concluded with a safe 11th place finish. Before their first ever Bundesliga game at home to RB Leipzig, the fans held up pictures of Union fans who passed away before their historic promotion. Right then and there, I could sense that they have a great fanbase and would be a team worthy of being a “second team“. Their first ever Bundesliga win came against none other than Dortmund. I could see how much it meant to the fans beating a big(?) club at home. I was endeared by the passion that the fans and players showed, and I started to follow them more closely. When they played us, they put up a fight and didn’t make things easy; the same can be said for other clubs.

They went one better the following season as they qualified for Europe after just two seasons in the Bundesliga. It was Matchday 34; Union hosted RB Leipzig and needed a win to guarantee European football. Leipzig took the lead through Justin Kluivert at 55 minutes, but Union weren’t going down without a fight. Their equalizer came 12 minutes later, Marvin Friedrich volleying in from a corner.

With the score tied at 1-1 on 90 minutes, Union fans were fearing that they would go this far only to come agonizingly close.

Then, in the 92nd minute, Sheraldo Becker lost his marker near the top of the box and crossed it to Max Kruse, who headed the ball home and sent Union to Europe. The stadium exploded! Just two years after securing Bundesliga status, they’re now in Europe. What a ride it’s been for Die Eisernen! Fast forward to the present, Union are punching above their weight and now find themselves atop the Bundesliga, and I can only imagine good it must feel for them. In our Slack channel, Teddy was throwing about the idea of Union winning the league while we win the Champions League, and you know what? I’m not opposed to that.

If you haven’t noticed yet, it’s Union’s fan culture that got me hooked. Normally, neutrals would fall in love with the game and watch teams that play aesthetically pleasing football such as FC Barcelona in 2009-2012. In Germany though, it’s all about the fans. I recall the 2020/21 Bundesliga relegation play-offs between Holstein Kiel (grrr!) and Köln. Kiel won the first leg 1-0 but got thrashed 5-1 in the second leg and lost 6-2 on aggregate. Fans would usually be salty after losing such games, right? Well, Kiel’s fans applauded their team despite falling short at the final hurdle. I thought, “water under the bridge”, and any hatred I had after the terrible DFB-Pokal elimination at their hands disappeared. Still in the Pokal, when we drew Bremer SV and obliterated them 12-0, their fans were clapping and had conversations with their players. They had a good time because that is what it’s all about. The fan culture in the Bundesliga can never be topped, and no one comes remotely close.

Barring a massive bottlejob from Bayern (I hope not), I’d be happy to have Union as Bundesliga winners.

BFW Series Part II: Who do you secretly wish wins the Bundesliga, if not Bayern Munich?

You can find our social media profiles here , as well as other pages related to them here.https://topfut.com/related-pages/