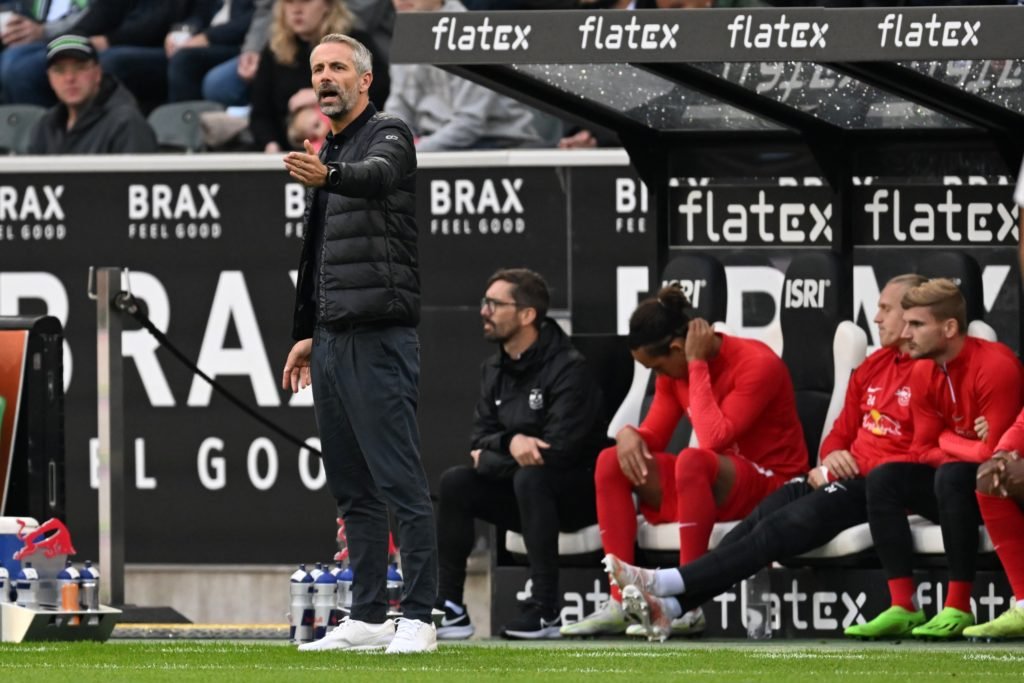 In the forthcoming Champions League double-header against RB Leipzig, Ange Postecoglou’s Celtic have the opportunity to lay a serious marker down and take control of the charge for likely 2nd place in Group F.

With the imperious Real Madrid looking likely to finish 1st in what should be a competitive and hotly-contested group, the two games against Marco Rose’s side will likely go a long way to determining who progresses to the last 16 alongside Carlo Ancelotti’s Los Blancos.

Celtic face the Red Bull-backed club on Matchday 3 and 4 of the campaign, mirroring the fixtures from the last time the clubs met in the 2018-19 Europa League group stage. This time, Leipzig are led by Rose, who was Red Bull Salzburg manager at the time, the Austrians completing that year’s group with Rosenborg BK.

Though there was a freak nature to the 4-1 defeat to Shakhtar Donetsk that saw Domenico Tedesco lose his job, it was a result indicative of Leipzig’s season. They, much like fellow Bundesliga Champions League representatives Bayern, Dortmund, and Leverkusen, have endured difficult starts to the campaign, with only the North Rhine side sitting in the top four as things stand.

Leipzig currently sit 12th in the table, with a 3-0 win over Rose’s old side Dortmund in his first game in charge their only victory in five games, with a chastening reversal by the same score-line greeting them a week later against Rose’s other old side Monchengladbach.

Rose’s side have conceded soft goals and plenty of them, two of their obvious weaknesses being a vulnerability to a high press and set pieces – two weaknesses that Celtic have shown this season that they can exploit.

Their season has also been punctuated with major injuries to significant players, with Lukas Klostermann, Konrad Laimer and Dani Olmo looking set to miss both legs of the double header. However, Leipzig are still a team endowed with talent, Olmo and Laimer’s absences will be significant but they have the resources to compensate.

Rose and Leipzig seem like an overdue marriage given the German’s links with the Red Bull model, and there should be little unfamiliar about Leipzig’s trademark style of direct, system-focussed play with a heavy focus on transitions – though it will of course take extensive preparation and perfect execution to stop.

A fit and ready Oliver Abildgaard would be a huge boost to Celtic for the match, his more defensive presence in the 6 role will be essential for combatting Leipzig’s central overloads, allowing Callum McGregor and Reo Hatate to fill the 8 roles in a more solid – if still highly aggressive and positive midfield. Greg Taylor and Josip Juranovic’s positional awareness will also need to be at their utmost to ensure that Celtic aren’t vulnerable to the turnovers Leipzig will attempt to force.

Though Celtic’s performances in their opening two games have raised expectations, progressing from this group in any capacity would represent progress, qualifying for the latter phases of the Champions League would be truly monumental. There’s a crucial distinction between being fearless and being foolhardy, and if Celtic are to get anything over two games against Leipzig, it’ll be by their dedication to the former, and avoidance of the latter.

In other news: St Mirren chairman delivers verdict on Celtic away ticket decision; SPFL clubs may be watching

Have something to tell us about this article?

You can view our social media profiles here , as well as other related pages herehttps://topfut.com/related-pages/