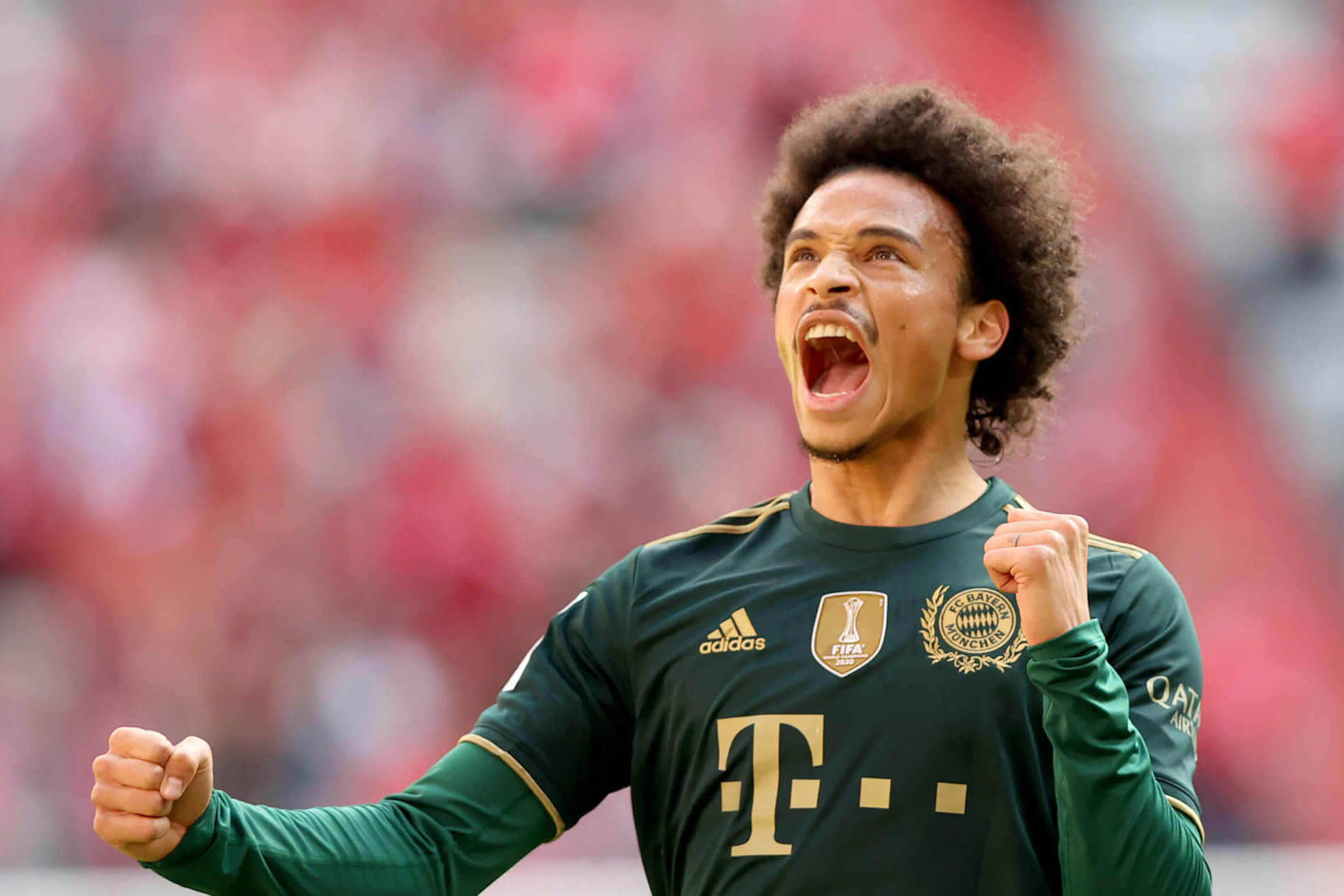 When Leroy Sane looks into the mirror, who does he see?

Is it one of Europe’s most thrilling forwards, a slick leg-twister and head-spinner, gliding past opponents as if his boots are made of velvet?

Or is it a 26-year-old still stuck in footballing adolescence, struggling to keep pace with the promise of his outrageous talent, and worse, secretly quite comfortable with coming second in that race with himself? A man low on steely conviction and that die-hard winning spirit that Germans football supporters love to obsess over? A light middleweight (some say lightweight) like his favourite Mario Kart character Yoshi: great acceleration, decent top speed, but hard to handle and rather easily shoved off course? Computer games, Slovenian philosopher Slavoj Zizek believes, show us who we truly want to be.

The answer, perhaps a little surprising for someone with a panorama-sized tattoo of himself celebrating a Champions League goal for Manchester City on his back — he regrets having it done now, admittedly — is different, though. Sane does not see any of those aforementioned men (and animated dinosaurs) in the reflection of his bathroom cabinet. He sees others.

“My motivation is playing against the best in the world, that’s the only way to find out how good I really am,” he says. “I never say: ‘That’s it. One good season is enough for me, now I can just a play bit’. No. Having beaten somebody once, the challenge is to find out if they have improved and beat them again. That’s what gets me going. That’s what drives me to put on my best performances. It’s pressure, yes. But I like that kind of pressure. Measuring up against the best in the world is the challenge I enjoy most.”


Sane was in electric form in the first half of last season (Photo: Alexander Hassenstein/Getty Images)

His detractors might disagree, but this mindset makes him an excellent fit for his employers.

After decades of domestic dominance, Bayern, too, crave nothing more than external validation. Their self-conception is so tied up with beating Europe’s elite that they barely exist outside the Champions League anymore.

Sane speaks of 2021-22 in hushed, dark tones, like someone who has yet to come to grips with unexpected bereavement. His look back is more obituary than analysis. “We were riding this wave. But then you draw a game, lose a game, you lose a bit of control and suddenly things become shaky. Out of nothing, our season came to a standstill. Little by little, things sort of fell apart.”

Their superb start made the subsequent drop in form in the new year harder to comprehend. Everybody played wonderful stuff in the first half of Julian Nagelsmann’s debut campaign — they destroyed opponents in the Champions League stage, scored 56 goals in 17 league games before Christmas and put on a show of fluidity and inevitable brilliance that had not been seen since Pep Guardiola’s defection to Manchester in 2016.

Sane, specifically, was a revelation in a new inside-left role, a winger and a No 10 rolled into one, playing with freedom and cutting-edge incision in equal measure. But then, the wave broke and Bayern’s forward momentum was abruptly gone. They were already too far ahead in the league to be seriously troubled by runners-up Borussia Dortmund, but the loss of rhythm proved fatal in the knockout stages of the Champions League.

“When you play as badly as we did (in the first leg at Villarreal) and don’t show up at all, you cannot presume to make amends in the second leg,” Sane says. For once, he adds, Bayern’s pronounced group ethos proved more of a drag than a source of strength, as a kind of contagion set in — every player in the dressing room lost their footing. “When it’s one or two players being out of form, the others can carry them. Our misfortune was that we all fell into the same hole at the same time. It’s difficult to get out when there’s no one to pull you out the other side. Something like that mustn’t really happen at Bayern. But it did. We’re humans, not machines.”

But why was there such a sudden, collective malfunctioning? Some have blamed Nagelsmann’s move from a lopsided 4-2-3-1, in which Alphonso Davies was stationed high up the pitch as an auxiliary winger to the left of Sane, to an unloved 3-4-3 system with wing-backs and Sane shuffling across to the right once more. Others suspected general apathy and a lack of application after the 10th consecutive championship had become all but a certainty.

Sane says it is too easy to point to one or two things, implying that a good deal of football’s capricious dynamics will always be a mystery, even to those at the heart of the game. If there is one lesson to be learned, however, it is probably about heightened awareness. “We’re all extremely annoyed (how things panned out) and take our motivation for this season, with a World Cup in the middle, from that. We have to ensure we’re not making the same mistakes again,” he says.

“The moment somebody sees that the smallest thing is wrong, we have to talk about it and face up to it as a group. Luckily, our team spirit is outstanding. We all get on extremely well, we’re very open and honest with each other, and that goes for the coaching staff as well. Just like us, they constantly think about what they could have done differently, they always want to improve. That’s why I’m sure we will all learn from that experience.” 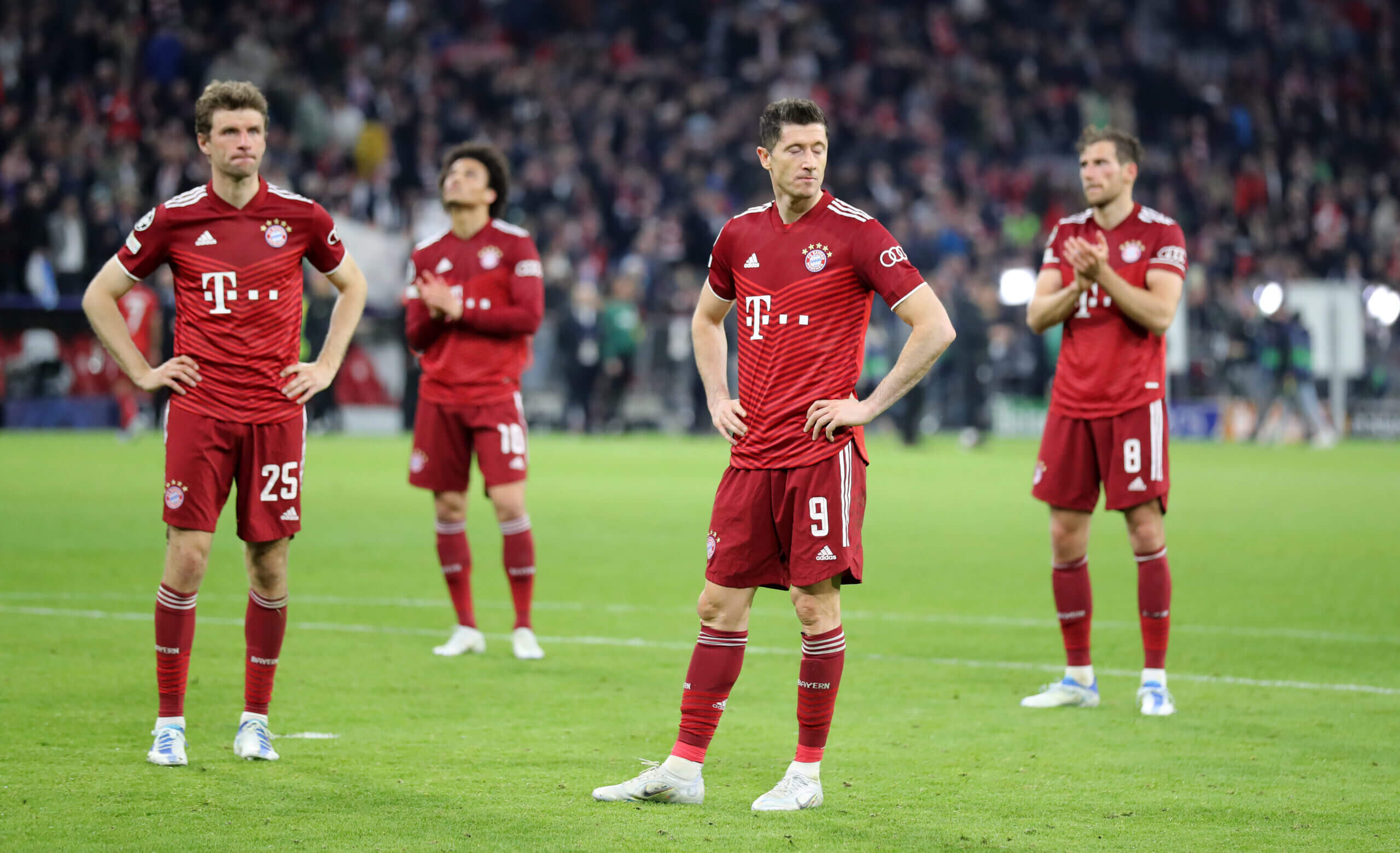 Looking forward, it will be interesting to find out how things will shape up in attack now Robert Lewandowski has departed for Barcelona.

Nagelsmann has told the side he wants to alternate between 4-2-2-2 and 3-5-2. Sane could be one of the strikers in the latter formation but he would be even more ideal as the left-sided “No 10” in the former.

“We have so many players who can play so many different positions, it’s really exciting,” he says. “I’m really comfortable as the left ’10’, that’s where my best games have come, that’s where I was able to help the team most. And that’s all I really want to do.”

But the competition will be intense. In the German Super Cup away to RB Leipzig, a few days after our chat, Nagelsmann started with a 4-2-2-2 and the increasingly magical Jamal Musiala on the left behind Serge Gnabry and new signing Sadio Mane. Sane came on with 12 minutes to go, visibly eager to prove a point, and duly scored a fine individual goal on the break to secure Bayern’s 5-3 win.

As the season progresses, Sane might benefit from having four years of education by Guardiola, the doyen of false-nineness, even if the Catalan was often playing Sergio Aguero or Gabriel Jesus through the middle during Sane’s time at City. “We will have to adapt,” he says about Bayern’s post-Lewandowski era.

“You can’t play long balls into the centre because there’s nobody there! You have to be willing to help each other, move for each other. The more we play that way, the more we will get the hang of it, and then the conviction will only grow. This team is open to change. They are eager to learn new things, on top of the old ones. I’m sure we will have a lot of fun playing this way.” They certainly did enjoy themselves in the Super Cup. Exasperated Leipzig manager Domenico Tedesco described Bayern’s constantly interchanging front four as “arrows coming from all directions” after the drubbing.

But for Bayern to go beyond their tried and tested blueprint and evolve, it will take a lot of tactical fine-tuning by Nagelsmann. Luckily, in Sane’s eyes, the 35-year-old Bayern coach shares Guardiola’s dedication to tweaking the most minute aspects of the game.

“There are a lot of similarities. Wherever I played on the pitch, Pep helped me with the smallest details, telling me how to position myself, how to control the ball, how to carry it into space. Julian is exactly the same. He will tell you precisely what you have to do in any given position.”

There is also a strong emphasis on self-learning in the Bavarian capital. Sane says he spends a lot of time watching videos of himself. “I want to figure out where I could have positioned myself better or understood the situation better.”

With the World Cup starting in November and a game every few days until then, it feels almost too early to talk about Bayern’s Champions League ambitions, but Sane confesses that the club games he would love to play most involve the big beasts from abroad. “Liverpool is always a great game, really hard and exhausting. I’d love to play against Real Madrid again, and I would also enjoy meeting City. It would be difficult. But that’s the kind of pressure I’m looking for, it’s the most fun you can have as a player.”

Just getting into the Bayern starting XI is likely to be quite hard and exhausting, too. But if Sane is really concerned with the increased competition after the arrival of Mane, he does a great job of not letting on. “I’ve told Sadio I’m relieved he’s here — because I don’t have to play against him anymore,” he laughs. “In a club of this size, it’s normal, it’s always like that. You can never rest and say to yourself ‘Nobody can touch me’. It’s good for the team as well. The new guys challenge all of us, which keeps energy levels high.”

As executive chairman Oliver Kahn recently said, the increased rivalry for places is by design. Bayern have figured out that when you are routinely as far ahead of your Bundesliga rivals as they are in spring, when the foreign giants come to town, that extra bit of sharpness has to come from within.

Sane will first have to beat plenty of his own men before Nagelsmann will unleash him on the opposition regularly. Maybe, just like his club, he needs that constant interrogation in order to truly thrive.

Find here our social media profiles as well as other related pageshttps://topfut.com/related-pages/