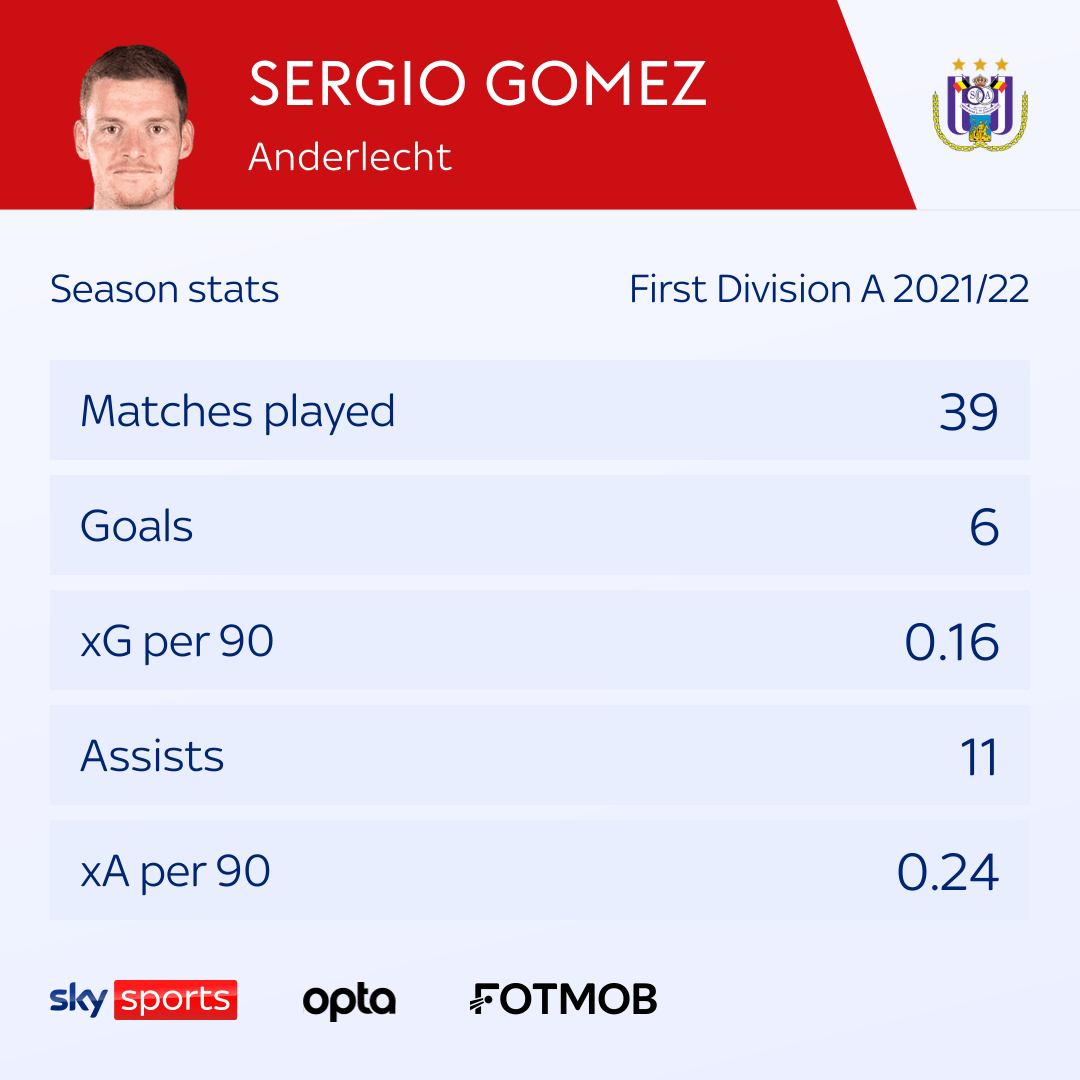 Manchester City have completed the £11m (€13m) signing of Sergio Gomez from Anderlecht on a four-year deal.

City agreed a deal for Gomez last week and the 21-year-old will wear the No 21 shirt for the Premier League champions.

It was initially thought Gomez, who made 49 appearances for Anderlecht last term under Vincent Kompany, would have been loaned out this season, but City boss Pep Guardiola confirmed he will stay and compete for the left-back position.

Speaking last week, Guardiola said: “This one target is a young player, in the youth World Cup years ago the best player was Phil Foden and he was the second-best player.

“He played in Spain U21, young talent for Barcelona, went to Borussia Dortmund, played in good hands under Vincent Kompany. 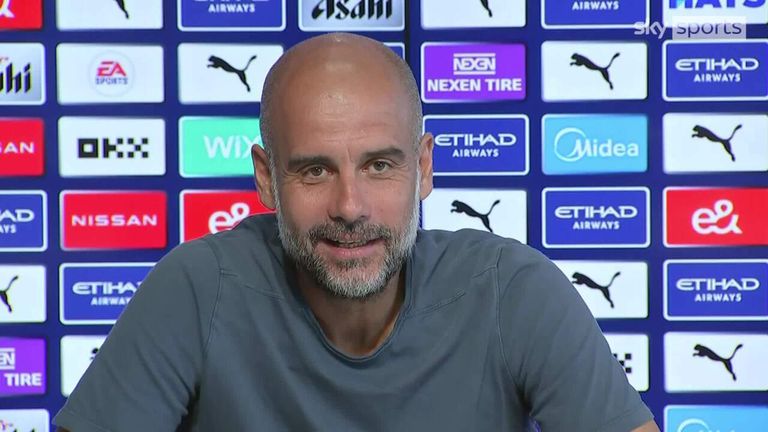 
Gomez: Playing for Pep will be special

Gomez was on City’s radar when they were chasing a deal for Marc Cucurella, who ultimately signed for Chelsea.

“I am incredibly proud and happy to have joined Manchester City,” Gomez said after completing his move.

“City are the best team in England and in Pep Guardiola I have a chance to learn and develop under the most outstanding manager in world football.

“To be able to be part of this club is a dream come true for me and something any young player would aspire to.

“The number of trophies City have won over the past few years has been incredible and the style of football the team plays under Pep is the most exciting in Europe.

“Playing for and being guided by Pep and his coaches is going to be very special.

“I’ve heard so much about the City fans and how passionate they are, so I can’t wait to get started and to try and help the club achieve even more.” 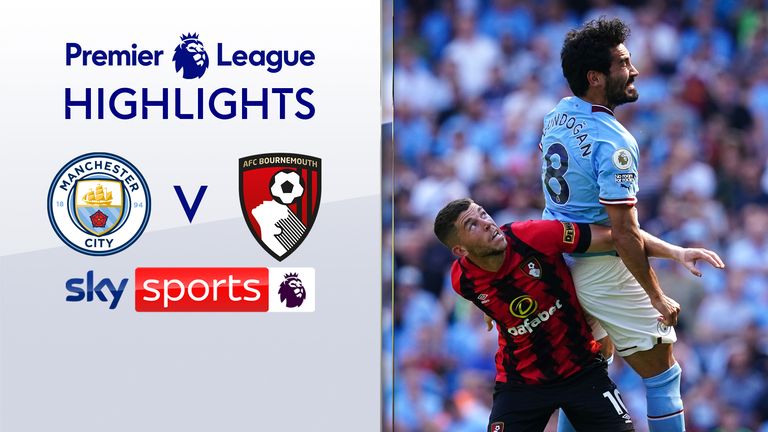 FREE TO WATCH: Highlights of Manchester City against Bournemouth in the Premier League

City director of football Txiki Begiristain added: “We are delighted to be able to welcome Sergio to Manchester City. He is a very exciting young talent.

“Sergio’s development in recent seasons has been very impressive – he is an accomplished defender with great potential.

“Over the past year, he has gained excellent experience playing in the Belgian League and in Europe with Anderlecht.

“We’re sure that he will bring additional quality to our squad both in defence and going forward and that he will only continue to develop and improve playing under Pep and his coaches.”

Who will be on the move this summer when the transfer window closes at 11pm on September 1?

Keep up-to-date with all the latest transfer news and rumours in our dedicated Transfer Centre blog on Sky Sports’ digital platforms. You can also catch up with the ins, outs and analysis on Sky Sports News.

Discover our social media profiles as well as other pages that are related to them.https://topfut.com/related-pages/