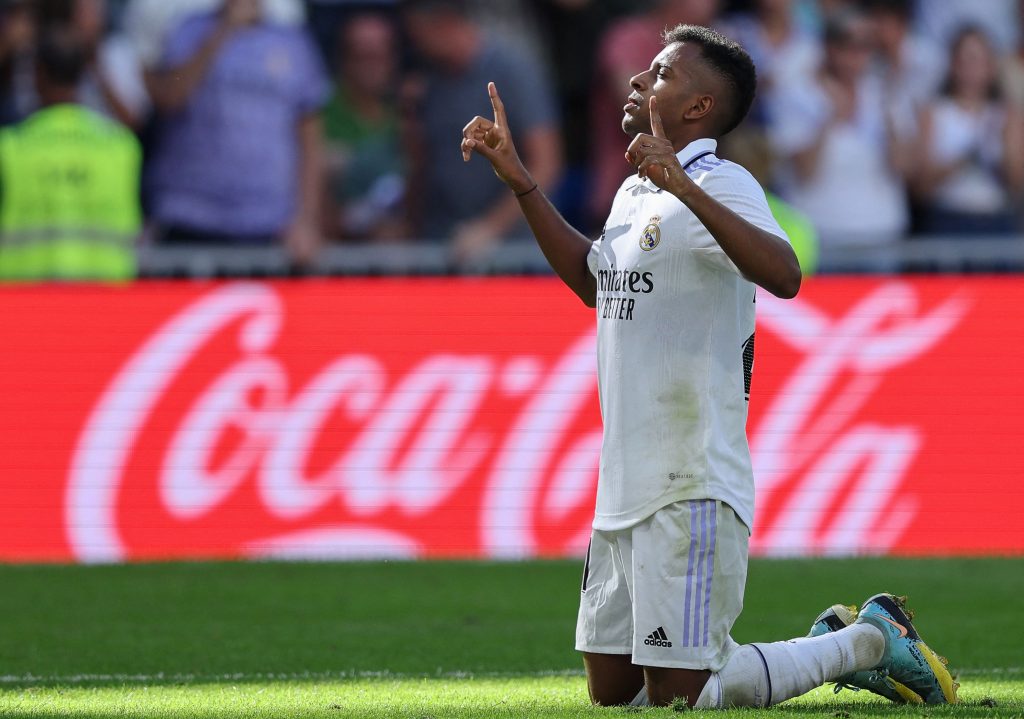 Having kicked off the campaign with three wins on the bounce away from home, Real Madrid went back to the Santiago Bernabeu for their clash against Real Betis.

Both Spanish champions had the chance to go top of the table, as they both came into the clash with a 100% record. At least one of them was going to slip up, and it wasn’t Madrid.

Courtesy of goals from Vinicius Junior and Rodrygo Goes on either side of Sergio Canales’ leveler, the hosts grabbed all three points and maintained the top spot in the league.

There is now a sufficient distance between themselves and the likes of Barcelona and Atletico this early on in the campaign.

The first half started off quite poorly for Courtois, with him conceding on his first shot. Nevertheless, he held his ground and made two more saves in the match, offering a commanding presence for his team.

In the attack, the Spaniard offered himself up as a persistent option in the right wing. Carvajal also had a decent defensive display in an overall solid afternoon.

The Brazilian was the recipient of hoards of criticism from the previous match. Notwithstanding, he overcame his blues and delivered one of his best-ever performances in a Real Madrid shirt.

In both defence and attack, Alaba was sensational. He did commendably well at the back to stop Betis from being overly offensive, while also contributing his second goal of the current campaign.

In the left flank, Mendy did decent work. He was well positioned, and while on occasions he was ran past by Betis, he still did offer a commanding presence, especially when Madrid retook the lead.

Not one of his most dominant performances of all time, yet one hard to criticise. Modric was comfortable in all phases of play and almost grabbed a goal midway through the first half.

As the weeks go by, it becomes clearer that the Frenchman is not a Casemiro replacement: he is a better player on the ball. Tchouameni was everywhere on the pitch, making decisive passes and movements.

While he has demonstrated better performances, Camavinga did himself a massive service by being more careful with the ball and taking calculated risks. He provoked a few fouls here and there.

Having provided some threat in the right flank in the first half (which was only limited due to Madrid’s natural tendency to play down the left), Rodrygo settled his nerves and scored yet another winner for Real Madrid in the Bernabeu.

No goal, no assist, and yet another questionable performance from the best player in the world right now. He missed almost 1xG worth of chances, as flashes of his former, wasteful self were shown.

Real Madrid’s best player this season. Vinicius is a perpetual source of threat, and is more than just a winger. He drifts into space, which is how he got his excellent goal for Madrid, and is overall more comfortable in Madrid. Four matches and a goal contributed in each one for the Brazilian phenom.

As always, Fede Valverde was a menace. He came on and with his first touch, assisted the winner.

While he came on to replace Camavinga, he continued to add stability in the final minutes to preserve the three points.

He had a number of passes here and there. Preserved stability but was not particularly inventive.

He played too few minutes to receive a rating.

You can view our social media profiles here , as well as other pages related to them here.https://topfut.com/related-pages/