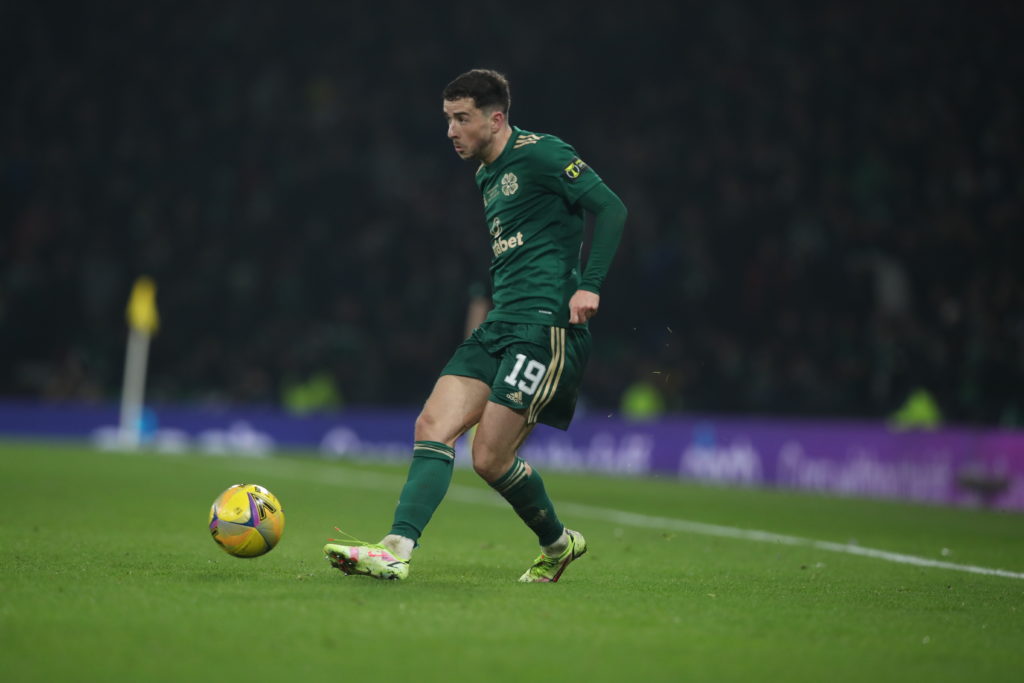 On-loan Celtic winger Mikey Johnston could be in line for his first start with Vitória de Guimarães when they face Benfica this weekend.

The 23-year-old made the temporary move to Portugal in the summer as he looked to gain more regular game time.

However, the Celtic academy graduate is still believed to be highly rated by Ange Postecoglou and the club, having signed a years extension before completing his move.

So far since signing for the Portuguese top-flight side, Johnston has made two appearances, with both coming at half-time from the bench against Santa Clara and Arouca.

During his most recent cameo substitute appearance, the winger set up Vitória de Guimarães’ first equaliser in a dramatic 2-2 draw against Arouca, just before the international break.

Whilst some of Johnston’s teammates might have headed away with their nations, the last week will have provided the Scotsman with some time on the training ground to build up his fitness.

Following his first two appearances off the bench, the on-loan Celtic man could now be in line for his first start against none other than Champions League side Benfica.

Currently, Benfica sit top of the Portuguese league and their return to domestic action will be up against Johnston and Vitória de Guimarães on the road this Saturday evening.

Whilst a decision on whether the Celtic academy graduate will start this weekend’s game is still to be made, Portuguese media outlet A Bola have tipped the winger to make his first appearance in the starting 11.

Writing in a recent column, Johnston has been tipped to play from the start due to his experience in bigger games, having played a part for the Hoops against the likes of Glasgow rivals Rangers.

His two second-half performances have also suggested to the media outlet that he has the potential to make an impact across a larger period in the game.

It said [A Bola]: “Michael Johnston is getting into his stride and could be in Vitória’s starting line-up for their next league match against Benfica at the D. Afonso Henriques.

“The 23-year-old winger was one of the last players to join the squad in the summer market, and that explains why he has only 90 minutes on the pitch, divided equally between the matches against Santa Clara, in which he made his debut, and then against Arouca.

“In both games, he used his speed to outmuscle defenders and create imbalances, and it seems he has the potential to be on the pitch for longer.

“Michael Johnston has not yet spent a month at Guimaraes, but he has brought with him the knowledge of facing tough encounters such as those that occurred when Celtic, where he played, played against rivals Rangers or others such as Aberdeen, Hibernian or Dundee.

“The possibility of Michael Johnston appearing in the starting line-up against Benfica is something that Moreno Teixeira is currently working on.”

Mikey Johnston in line for huge opportunity against strong Benfica side

There is no doubting that Mikey Johnston and his current side face a tough test when Benfica travel to town this weekend.

The side who finished 3rd in the Primeira Liga last campaign have made a strong start to the new season, on both the domestic and European front, having defeated Juventus 2-1 in their second Champions League outing.

It would certainly be a huge opportunity for Johnston to showcase his ability on a big stage against a top side whilst he is in Portugal.

And there will be plenty of other opportunities, too, with Vitória de Guimarães still to face off against the likes of Porto and Sporting CP.

Here’s hoping the winger can make his first start and build on his second-half assist against Arouca before kicking on and having a strong season in Portugal.

Take a look at our social media profiles as well as other related pageshttps://topfut.com/related-pages/