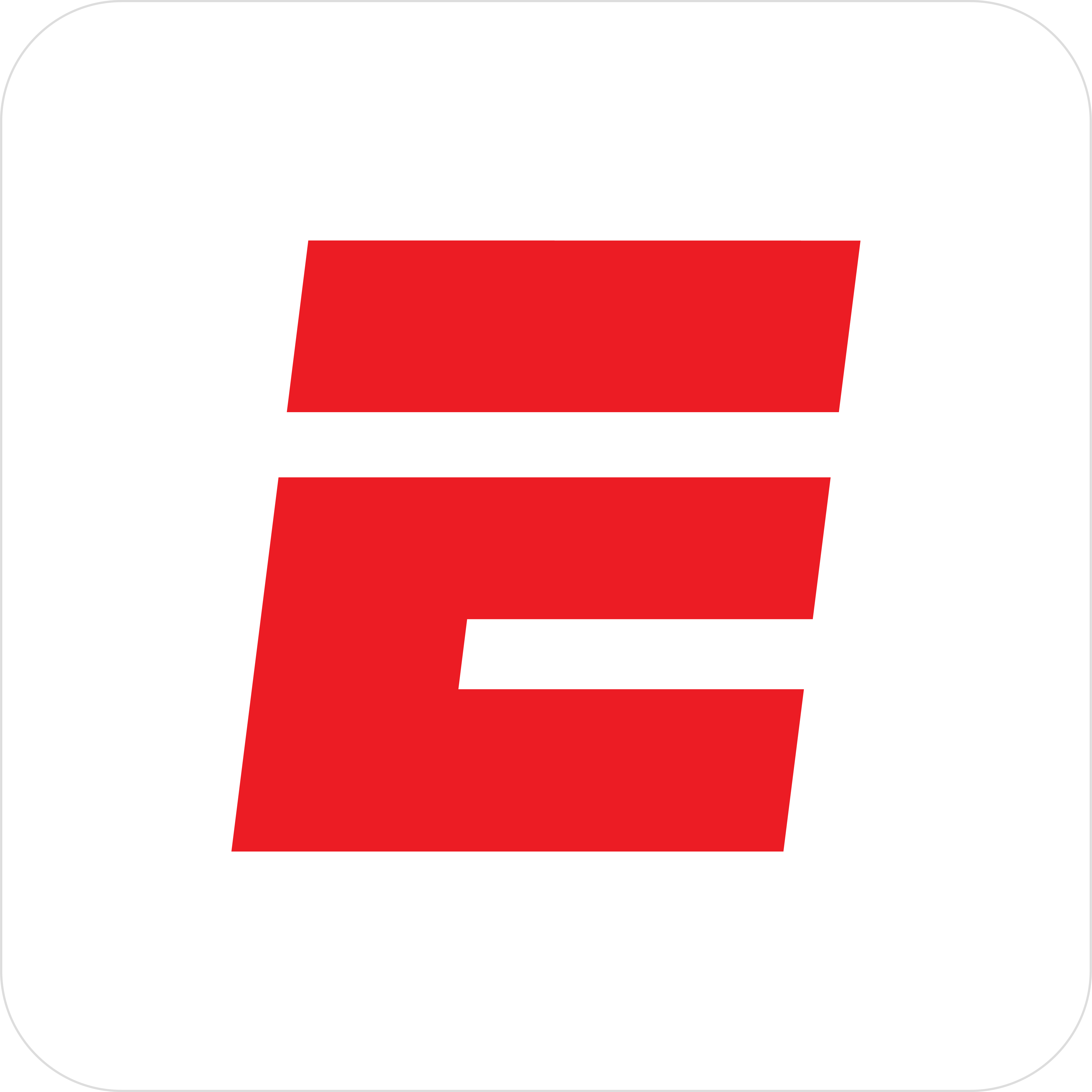 The summer transfer window is closed for the major leagues in Europe. However, with an eye on January, there’s plenty of gossip swirling about who’s moving where. Transfer Talk brings you all the latest buzz on rumours, comings, goings and, of course, done deals!

TOP STORY: Barcelona to go back in for Bernardo

Barcelona have not given up on signing Manchester City midfielder Bernardo Silva, according to Sport.

The Portugal international told ESPN’s Rob Dawson last month that his future at the Premier League champions was uncertain amid interest from Barca and Paris Saint-Germain, but he ended up staying at the Etihad stadium on deadline day.

“The truth is there have been no offers from Spain, so I’m staying in Manchester and I’m happy,” Silva said shortly before the transfer window closed. “That’s all, that’s my choice.”

However, Sport reports that Barcelona would have made a concerted bid to sign the 28-year-old in the summer were it not for the difficulties they had in registering their other new signings due to their financial constraints, and the Spanish giants plan to renew their efforts to bring him to Camp Nou as soon as they are able.

Silva has been at the Etihad Stadium since 2017 and is under contract until 2025.

Gavi, 18, has a contract that runs until 2023 with a €100m, but a new deal is virtually all agreed that will commit him the club for a further three years.

According to Mundo Deportivo, it is merely a matter of finding the best time to formalise the deal and make the announcement, which could happen before the end of the month.

Pulisic has been a substitute in all seven matches this season and was open to leaving the club in the summer transfer window if he did not receive assurances over his game-time ahead of the World Cup in November. However, sources told ESPN Pulisic had experienced a breakdown in communication with Tuchel for some time, with the winger frustrated at not getting a specific explanation over why he rarely had an extended run in the team and was often played out of position. Pulisic played in a number of positions last season including as a false No.9 and a left wing-back. He was even used as a right wing-back in last week’s defeat at Southampton.

Sources have also suggested that Tuchel, who was sacked on Wednesday, had been willing to allow Pulisic to leave the club. Manchester United made an enquiry prior to signing Antony from Ajax, while Newcastle and Juventus were among other clubs to express an interest, but co-owner Todd Boehly is thought to have blocked the 23-year-old’s exit.

Sources say Pulisic is hopeful Potter’s appointment will give him a fresh chance to establish himself. The same is true of a number of attacking players who had become frustrated with Tuchel’s tactics including Hakim Ziyech, who was in talks with Ajax over a transfer before a move failed to materalise, and Kai Havertz. Pierre-Emerick Aubameyang has been given assurances over his role in the team after signing on deadline day from Barcelona in part to reunite with Tuchel after the pair thrived together at Borussia Dortmund in the mid-2010s.

Griezmann, 31, rejoined Atletico on a two-year loan in 2021 and the two clubs are in dispute over a clause which would see the deal made permanent.

Sources close to the Catalan club have told ESPN that Barca believe the fact Griezmann played over 45 minutes in 30 of the 37 games he was available for last season means Atletico are now obliged to sign him for €40m.

Atletico, meanwhile, claim Griezmann must play over 45 minutes in 50% of the games he is selectable for over two seasons, not just one, for the clause to take effect.

Therefore, Griezmann has only been used as a substitute in the second half of games this season, coming on in the 62nd, 62nd, 64th, 63rd and 61st minute of their five fixtures.

– Lowe: Griezmann is Atletico’s super-sub now, but it’s all part of the plan

LaLiga clubs are allowed to include three players from countries outside the European Union in their first-team squads. In Madrid’s case, those spots have been occupied by Vinicius, Rodrygo and Militao. Madrid confirmed earlier this week that Vinicius, 22, had been granted Spanish nationality, having begun the process — which was delayed by the pandemic — back in 2020. Sources told ESPN that Rodrygo and Militao are set to receive theirs early in next year, meaning the club could now target non-European players to improve the first team squad in the January window and again next summer.

Real Madrid were contacted about the possibility of signing Gabriel Jesus before he joined Arsenal, sources told ESPN, but the idea was dismissed because his Brazilian passport made such a deal impossible at the time.

In February, ESPN reported that Madrid were tracking the development of Palmeiras wonderkid Endrick, 16, although a move for him would have to wait until he turns 18 in 2024.

Madrid opted not to strengthen their forward line for this season, relying on the form and fitness of Karim Benzema, 34, and allowing the out-of-favour Luka Jovic to join Fiorentina. Benzema was injured this week during the Champions League win against Celtic and is now set to spend a month on the sidelines recovering.

– Rise of the machines: Real Madrid use jumping robots to perfect free kicks

10.35 BST: Jordi Alba says he remains 100% committed to Barcelona despite losing his place in the team and being linked with a move to Italian side Inter Milan.

Alba has been on the bench for Barca’s last three LaLiga games, with 18-year-old Alejandro Balde picked ahead of him. Barca have also signed Marcos Alonso from Chelsea, who will add further competition for the left-back position.

“It’s not about if it seems fair or not to me, the situation is what it is,” Alba told reporters at an Adidas event on Thursday when asked if he was annoyed by Barca’s negotiations with Inter.

“Everyone acts as they see fit. I am someone who likes it to be told as it is, I am like that with everyone. Not everyone likes it, but that’s how I am. I can’t say anything else. Nothing surprises me anymore in football with what I have seen.

“My thoughts have always focused around staying at Barcelona. I feel capable of staying here for the rest of my contract [until 2024]. I am 100% committed.

“I have been at the club for years and there have been moments when I have not played, but I always try to give my best. Right now, I am not getting [as many] minutes, but I try to help the team however I can.”

09.47 BST: Chelsea are aiming to appoint a sporting director before the World Cup in November and new head coach Graham Potter will be involved in the selection process, sources have told ESPN’s James Olley.

Blues co-owners Todd Boehly and Behdad Eghbali have met with several potential candidates and are keen to make an announcement before the mid-season domestic break to allow their new appointment time to influence planning for the January transfer window.

Sources have told ESPN that former Liverpool sporting director Michael Edwards informed the club last month he did not wish to be considered for the role, although it is unclear how he would react to a fresh approach.

Former head coach Thomas Tuchel, who was sacked on Wednesday, had previously expressed his relief at not being asked for his advice on the position but, in what represents a shift in philosophy from the new owners, Potter’s opinion will be taken into account before a final decision is made.

Potter’s appointment on a five-year contract was confirmed on Thursday afternoon and sources told ESPN his style of play and ability to improve players through coaching ranked as key reasons why they chose the 47-year-old.

Boehly appointed himself as interim sporting director following the departures of lead negotiator and club director Marina Granovskaia and technical and performance adviser Petr Cech, both leaving after Roman Abramovich’s sale of the club at the end of May.

08.52 BST: Galatasaray announced the signing of former Manchester United midfielder Juan Mata on Thursday on a one-year deal, with the option to extend a further year.

Mata, 34, moved to United from Chelsea in January 2014 and made 285 appearances, winning the FA Cup, League Cup and Europa League during an eight-year spell. A skilful playmaker, he managed 51 goals and 47 assists for United.

The Turkish side also announced that they have taken Argentina striker Mauro Icardi from Paris Saint-Germain on loan for the 2022-2023 season.

08.00 BST: Former Chelsea and Atletico Madrid striker Diego Costa has passed his medical ahead of his proposed move to Wolves, according to The Times.

Costa, 33, had his initial application for a UK work permit rejected on Tuesday, but that was overturned on appeal. He has since arrived in England complete his transfer on a one-year contract.

Wolves have been left short of strikers in their squad after summer signing Sasa Kalajdzic sustained a knee ligament injury during his debut on Saturday, while Raul Jimenez missed the opening two games of the season with a knee injury.

Spain international Costa had been without a club since leaving Atletico Mineiro in January after five months at the club, during which he scored four goals in 15 games and lifted the Brazilian league title.

Costa previously helped Atletico Madrid to the LaLiga title in 2014 before embarking on a successful three-year spell at Chelsea, where he scored 59 goals in 120 games in all competitions and won two Premier League titles in 2015 and 2017, as well as the League Cup in 2015. He left to return to Atletico in 2017 and helped the club to another LaLiga title in 2021, but left to return to his native Brazil last summer and join Atletico Mineiro.

– Former Liverpool goalkeeper Loris Karius has signed a short-term contract with Newcastle United, according to Fabrizio Romano. The 29-year-old German had not made any appearances for Liverpool since 2018, and had loan stints at Union Berlin and Besiktas since then.

– Leicester City have blocked Caglar Soyuncu‘s return to Turkey, reports Football Insider. Both Besiktas and Galatasaray were looking to sign the 26-year-old defender before the end of the Turkish transfer window, but following the departure of Wesley Fofana to Chelsea, Foxes coach Brendan Rogers wants to keep Soyuncu at the struggling side.

– Hatem Ben Arfa could be forced into retirement, according to Media Foot. The 35-year-old is still without a club, after leaving Lille this summer. The Ligue 1 side was the France international’s fifth club in five years, and his 10th transfer of his career. It is reported that the former Paris Saint-Germain star’s salary demands has left him with viable options.

– Following a bruising 4-0 defeat to Udinese at the weekend, AS Roma boss Jose Mourinho is searching search for a centre-back in the free agent market. According to Rudy Galetti, among the considerations are Jason Denayer, Dan-Axel Zagaduo and Nikola Maksimovic, but the Giallorossi may have to wait until the January transfer window to find a suitable addition for central defence.

– Agustin Rossi is set to leave Boca Juniors after rejecting their latest contract offer, which would have kept the goalkeeper at La Bombonera until December 2026. Cesar Luis Merlo reports that after failed negotiations, the 27-year-old shot-stopper will not sign a new deal with the Argentian side. With his contract set to expire in 2023, the Argentina international’s will likely depart the Buenos Aires club in the next transfer window, or he will leave on a free transfer in June.

Check out our social media profiles , as well as other pages that are related to them.https://topfut.com/related-pages/