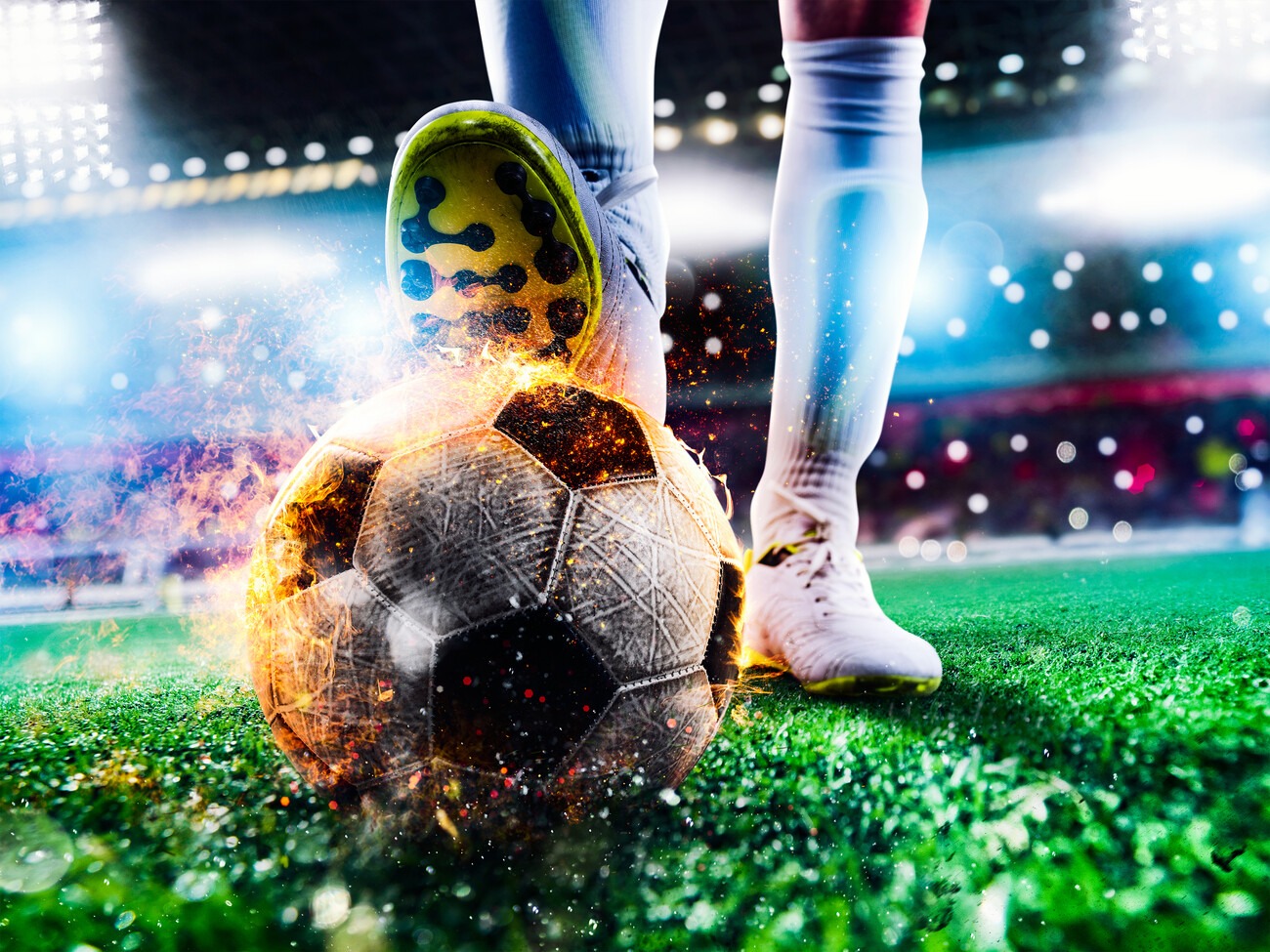 A version of this article first appeared on ESPN in October 2020 and has been updated.

Liverpool thrashed Bournemouth 9-0 at Anfield on Saturday to equal the Premier League record for biggest winning margin in a match. The feat has previously been achieved three times — twice by Manchester United and also by Leicester City — but, incredibly, in another blockbuster game this weekend, Celtic also humiliated Dundee United 9-0 to equal their own Scottish Premiership record victory a day later.

Liverpool, in 16th place at the start of the day after being held to draws against Fulham and Crystal Palace as well as suffering a defeat to United, saw Luis Diaz and Harvey Elliott net inside 10 minutes. Then Trent Alexander-Arnold and Roberto Firmino scored a quick-fire double on either side of the half-hour mark before Virgil van Dijk struck on the stroke of half-time in a heavily one-sided affair.

In the second half, Bournemouth defender Chris Mepham turned into his own net, before Firmino, substitute Fabio Carvalho and Diaz netted goals in the second half to secure a nine-goal victory.

Here’s how Liverpool and Celtic’s exploits compare to the record victories across Europe’s top five leagues and beyond.


Since its inception in 1992-93, the Premier League has witnessed not one, but three 9-0 trouncings.

The first came in 1995, when Manchester United ran riot against Ipswich at Old Trafford in revenge for their 3-2 defeat at Portman Road earlier in the season, with striker Andy Cole scoring five goals.


That feat was matched in 2019 when Leicester City took a miserable Southampton side apart in the lashing rain at St Mary’s as Jamie Vardy helped himself to a hat trick and Ayoze Perez scored a brace. Then Southampton capitulated again two years later as Man United thrashed them 9-0 as well with eight different scorers and an Anthony Martial double.

However, the record for the largest winning margin in an English top-flight match, which dates back to before World War I, is 12-0.

It is jointly held by West Bromwich Albion, who beat Darwen FC by that scoreline in 1892, and Nottingham Forest, who did likewise against Leicester Fosse in 1909.


It’s perhaps not shocking to learn that Barcelona are involved in La Liga’s biggest-ever win, though it may surprise you to discover that they were on the receiving end when Athletic Bilbao stuffed them 12-1 in February 1931.

Goal-happy Athletic were also involved in the highest-scoring game in the history of the Spanish top flight (a 9-5 thriller against Racing Santander in 1933) as well as the division’s highest-scoring draw (a 6-6 tie against Atletico Madrid in 1950).

Gab Marcotti explains how fans will show their respects to the Torino side that lost their lives in 1949.

You have to go back to the late 1940s to find the biggest victory in Serie A history when the illustrious stars of the ill-fated “Grande Torino” team scored 10 goals against Alessandria without reply.

Almost exactly a year later, the club and Italian football suffered a terrible tragedy when the the team — which had won five successive league titles — were returning to Turin after playing a friendly against Benfica when their plane crashed into the hillside of Superga, killing all 31 people on board.

The largest victory ever mustered in the German Bundesliga came on the final day of the 1977-78 season as Gladbach hammered Dortmund and yet still managed to lose out on the title by goal difference.

Another three goals would have swung it for Gladbach, but unfortunately they were only able to score a dozen unanswered goals as the championship went to Cologne, who beat St Pauli 5-0 on the same afternoon to clinch the title.


Since the French top flight was rebranded as Ligue 1 in 2002, there have been two 9-0 wins recorded — both by PSG.

The first was a crushing away win against Troyes in 2016 as Zlatan Ibrahimovic weighed in with four goals, including a 10-minute hat trick and a backheel assist for good measure.


The second came at the Parc des Princes against Guingamp in 2019, with Kylian Mbappe and Edinson Cavani scoring a hat trick apiece.

However, the overall biggest winning margin in the history of the French first division was Sochaux’s 12-1 mauling of Valenciennes during the 1935-36 season.


Ajax set a new Eredivisie record when they thrashed opponents VVV Venlo 13-0, with their huge win at the Covebo Stadion.

Lassina Traore helped himself to five of the goals against VVV — the first Ajax player to score as many goals in the same game since the great Marco van Basten did likewise back in 1985.

There were also a couple of goals for veteran poacher Klaas-Jan Huntelaar as Ajax steamrollered their way to a historic win, duly bettering their previous league record — a 12-1 humbling over Vitesse Arnhem in 1972 — by a clear margin.

Astonishingly, while it may be a league record, their 13-0 win over VVV isn’t Ajax’s largest-ever victory. That came in the 1984-85 UEFA Cup with a 14-0 drubbing of now-defunct Luxembourg minnows Red Boys Differdange.


The day after Liverpool’s record win over Bournemouth, Celtic humiliated Dundee United 9-0 to equal their own Scottish Premiership record victory.

The result at Tannadice Park matched Celtic’s 9-0 win over Aberdeen in 2010-11 and was also the biggest away victory in the competition’s history, beating their own 8-1 triumph at Dunfermline Athletic in 2005-06.

A first-half hat-trick by Japanese forward Kyogo Furuhashi and a treble by Israeli winger Liel Abada made up six of Celtic’s goals.

Furuhashi netted his third in added time in the opening period and Portuguese winger Jota scored to make it 4-0 at half-time.


The biggest win in MLS history was registered by LA Galaxy when they travelled to Dallas Burn in 1998 and brought the heat to the Cotton Bowl.

Harut Karapetyan scored a hat trick for Galaxy as Ezra Hendrickson, Clint Mathis, Greg Vanney and Welton also got in on the act.

Several 7-0 scorelines have cropped up in MLS since then, the most recent being New York Red Bulls crushing of rivals New York City FC in the 2016 derby and the newly formed Atlanta United’s shock obliteration of New England Revolution in 2017.


Since the Mexican first division transformed into Liga MX in 2012, the biggest winning margin ever accrued was Pachuca’s hefty 9-2 hammering of Veracruz during the 2018-19 Clausura campaign.


Having kicked off in its present incarnation in 2005, the Australian top flight is another comparatively young league.

Still, they’ve found time for a huge win or two, with Adelaide United’s emphatic 8-1 buffeting of North Queensland Fury in 2011 being the biggest on record.

That margin was matched by the Reds a few years later in January of 2015 when they beat Newcastle Jets to the tune of 7-0 in a league encounter.

After Liverpool’s 9-0 win, what are the record victories in Europe’s top leagues and beyond?

Find here our social media profiles as well as other pages that are related to them.https://topfut.com/related-pages/