THE LOWDOWN
Arsenal take on Ajax Amsterdam at Meadow Park on Tuesday night in the first leg of their Champions League qualifier. The Gunners need to negotiate this tie in order to go through to the group stage. Having finished 2nd last season the route is less gruelling than last season, when the team had to play four games before qualifying for the group stages.

However, Ajax will be no pushover and after starting the season with a resounding 4-0 win over Brighton on Friday evening under their belts, Jonas Eidevall’s team will be keen to stay in the groove. This weekend, Arsenal were the only WSL team not to start a summer signing, with Kaylan Marckese and Lina Hurtig both on the bench.

The second leg takes place in Amsterdam next Wednesday and Arsenal have an excellent record at their Meadow Park home. They are unbeaten in the stadium in the WSL under Jonas Eidevall and won all three of the Champions League games they played there last season against Slavia Praha, Koge and Hoffenheim.

TEAM NEWS
Arsenal have no new injuries off the back of Friday’s win over Brighton- well, certainly nothing is public in that respect! Lia Wälti will make her 100th Arsenal appearance if she plays.

LAST TIME OUT
The teams have never played one another competitively before.

THE OPPOSITION
Coached by Suzanne Bakker, Ajax have finished runners-up to FC Twente for the last three seasons (in 2019-20 the Eredivisie was not awarded) but they did manage to win the KNVB Cup last season. Ajax boast two of Netherlands’ brightest attacking talents in Victoria Pelova, who will almost certainly leave for a big WSL, La Liga or Bundesliga club next summer.

They also have 21-year-old Dutch international striker Romée Leuchter who will also likely play in one of the big women’s leagues in the coming year. In midfield, they have Dutch national team captain and free-kick specialist Sherida Spitse, who has over 200 caps for her country. They recently lost the Super Cup 3-2 to FC Twente but ran out 4-0 winners over Fortuna Sittard in their opening Eredivisie match on Friday evening. 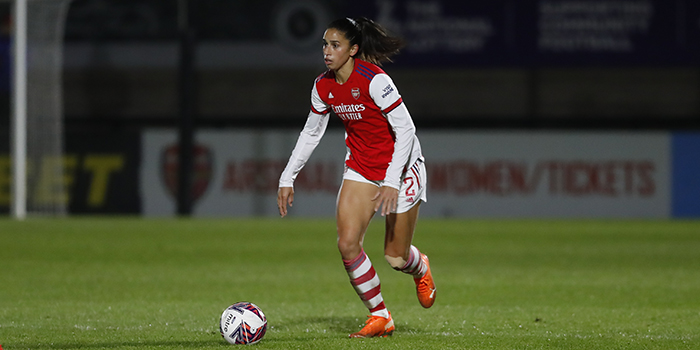 While Arsenal’s team had a very familiar look to it on Friday evening, they did welcome Rafaelle back into the fold after she missed the last ten games of last season. Lotte Wubben-Moy is a very good player who filled in very ably, so Rafa’s loss wasn’t as felt as it could have been. However, Rafaelle gave us a real glimpse of some of the qualities she brings, especially with the ball at her feet.

The way the Brazilian is able to make interceptions high up the pitch and then dribble the ball through crowd scenes is a great complement to Arsenal’s pressing game. She also managed three shots on Friday evening, all headers from setpieces. With the delivery of Mead, McCabe and Catley, expect Rafa to score a few goals this season too. 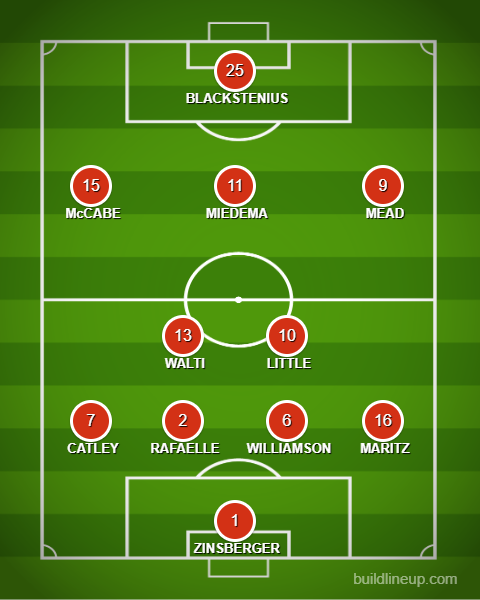 HOW TO CATCH THE GAME
The game takes place at Meadow Park on Tuesday evening at 7.30pm. The qualifying rounds are not covered by the DAZN UWCL TV deal, it is likely that the match will be streamed live on Arsenal.com but I am not expecting confirmation of that until Tuesday morning.

COMING UP
We will have post-match reaction from Jonas Eidevall and a player on the site on Tuesday evening, as well as a post-match video on the site on Wednesday morning. We’ll also have an Arsenal Women Arsecast looking ahead to Saturday’s North London derby at Emirates Stadium.

Take a look at our social media profiles and also other related pageshttps://topfut.com/related-pages/