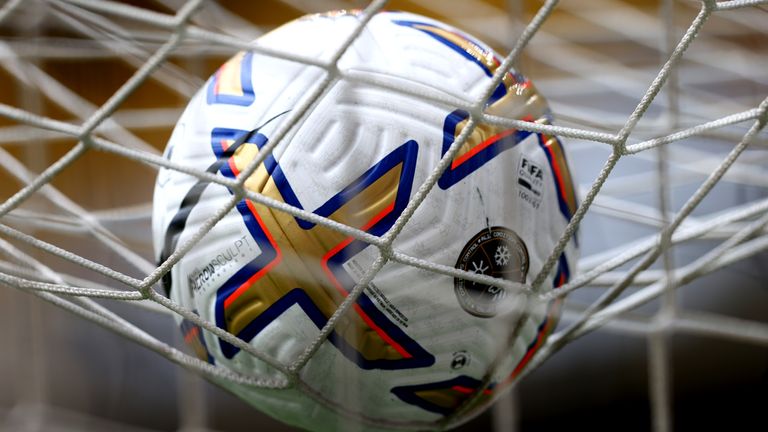 The EFL programme is set to recommence on Tuesday September 13 following The Queen’s death.

When and how EFL football recommences depends on resources around this date.

Resourcing issues, particularly in respect of policing, are associated with some fixtures that will need to be discussed and resolved on a fixture-by-fixture basis over the period ahead.

Consideration to individual fixture circumstances will be made on a case-by-case basis, in line with usual protocols.

The funeral of Queen Elizabeth II will take place at 11am on Monday 19 September at Westminster Abbey, it has been announced.

When will football at all levels return?

“It will be a state funeral so it’ll be an enormous national and international event which will take a lot of resourcing and a lot of those resources may be needed for sporting events.

“In this case, The Queen’s funeral takes enormous precedence. UEFA-wise, a lot of matches next week involve British clubs with Champions League on Tuesday and Wednesday, the Europa League and Europa Conference League on Thursday.

“As it stands, the understanding from UEFA is that those games will go ahead. There has been a representation from Rangers and Police Scotland as well whereby they need to look at how the fixture with Napoli in the Champions League can go ahead.

“UEFA need these games to go ahead as there’s little room in the fixture list to get a lot of these games in to reach a certain stage before the World Cup break.

“The date of the funeral could have kickbacks on the football schedule.”

Manchester United have confirmed their UEFA Europa League game against FC Sheriff will take place as scheduled next week in Moldova.

“Following discussions with the relevant governing bodies and in line with guidance issued by the UK Government, we can confirm our UEFA Europa League fixture against FC Sheriff will take place as scheduled on Thursday evening in Moldova,” a statement reads.

“Match arrangements will remain the same for fans who are traveling to support the team in Chisinau.”

Sky Sports News understands discussions have been ongoing between UEFA and all the British teams in Champions League, Europa League and Europa Conference League competitions and all matches are expected to go ahead.

Rangers have announced that talks are ongoing with UEFA and Police Scotland about their Champions League fixture against Napoli at Ibrox on Tuesday.

Rangers’ Scottish Premiership fixture with Aberdeen on Saturday, which was due to be live on Sky Sports, has been postponed as English and Scottish football pay respect to the passing of Queen Elizabeth II by postponing all matches this weekend.

The Scottish Premiership side say they are “aware of policing and resource pressures” next week but say the game is going ahead at present.

Visit our social media accounts as well as other pages related to themhttps://topfut.com/related-pages/