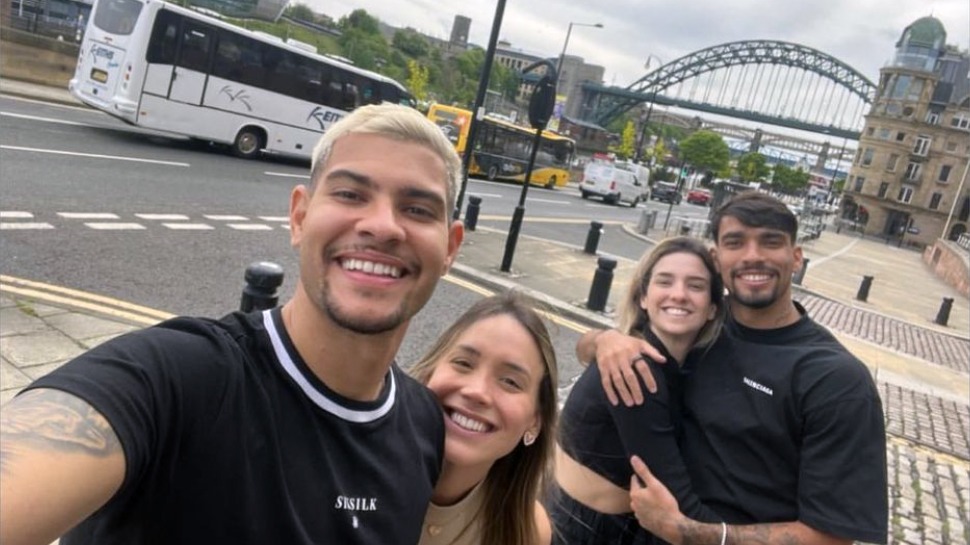 Lucas Paqueta was repeatedly linked with Newcastle United during 2022.

I thought he would be the dream signing this summer, if Newcastle went all in and managed to sign him.

When it then emerged that Lucas Paqueta was wanting to leave Lyon AND the French club were prepared to sell him, I thought game on.

However, instead it was West Ham who paid a club record £51m (including future add-ons) to sign the Brazilian attacking midfielder.

This has been his involvement so far with the Hammers…

“You don’t have time on the ball, especially when you’re away at Everton – a team looking for their first win.

“It was always going to be a frenetic game, and that midfield area was a key area. It wasn’t the easiest game to throw him into. It might have been a game in which you need a bit more experience.

“But when you’re looking to get points on the board as West Ham are, and you’ve paid a lot of money for that player – he’s got to get that opportunity.

“The spotlight is on him because of the money West Ham paid. There’s no doubt he has quality, but that was a really difficult game to stamp your authority on.

“You’re not going to get as much time on the ball in the Premier League as you are abroad.”

West Ham have come under a lot of pressure and are in the relegation zone after losing five of their opening seven Premier League matches.

A lot of the attention from both media and West Ham fans has predictably been aimed at Lucas Paqueta, as you can see from the Noel Whelan comments above.

Needing points on the board, record signing, club / team under pressure, ‘has to play’…

Let us go back just under eight months in time.

Noel Whelan talks about West Ham under pressure and Lucas Paqueta has to play, well, is that really true, if you have a manager who has the bottle to do the right thing longer (and shorter) term?

When Bruno Guimaraes arrived at Newcastle United for a club record £41.65m (including future add-ons), THAT is what I call real pressure, when it came to Eddie Howe and NUFC’s position at the time.

Knocked out of both domestic cups, including at home in the FA Cup to Cambridge, when Bruno signed, Newcastle looked relegation certainties after only two wins in the opening 21 Premier League matches?

So obviously Eddie Howe put his new star signing straight into the team, right? As is the case with David Moyes who two days after Lucas Paqueta signed, played him for 23 minutes in the Premier League against Tottenham and then only five days after signing started him against Chelsea.

Well, in his first month at Newcastle, Eddie played Bruno for around five minutes or so in three brief cameos off the bench, despite Newcastle’s very precarious situation. I remember very well how pundits and journalists were ridiculing Howe for not playing the club’s record signing. ‘Why pay all that money and then not play him blah blah blah’

It was actually just under six weeks, after five sub appearances, when Eddie Howe first started Bruno, an excellent first start and stunning backheel volley winning the match for NUFC.

Bruno then had to wait another month to get his first ever start at St James’ Park, some ten weeks after signing, the midfielder starring in a 1-0 win over Wolves.

Bruno Guimaraes has been superb in his time so far at Newcastle United BUT how much is that down to Eddie Howe?

Yes, Bruno had starred in Ligue 1 and already played for Brazil BUT there is still a massive leap from playing in the French league and then moving to the Premier League.

Lucas Paqueta has over 30 caps for Brazil and has more of a CV than Bruno had when arriving at Newcastle, last season for Lyon, Paqueta had 18 direct goal involvements – eleven goals and seven assists.

However, throwing him straight into the Premier League action only days after arriving, in a pressure situation. Is this really the best approach, both long-term and short-term?

If a player, especially a big money signing from abroad, gets off to a bad start in the Premier League, we have seen so often how it can potentially lead to the move being a total failure for all parties.

Back in January, Eddie Howe signed Bruno Guimaraes and had a plan, to look after him and gradually integrate him, before then unleashing him on the Premier League.

Nothing has out me off Lucas Paqueta, I would still love him at St James’ Park.

Playing alongside his mate Bruno Guimaraes under the astute management of Eddie Howe.

You can find our social media profiles here as well as other related pages herehttps://topfut.com/related-pages/