It may only be January but we’re already into six-pointer season when it comes to the relegation dogfight at the bottom end of the Premier League.

In a neat quirk of the fixture calendar, this weekend sees four matches pitching those in the bottom half of the table into direct competition.

Just seven points split Aston Villa in 11th place with Everton in 18th entering the weekend, while rock bottom Southampton are only three points from safety. 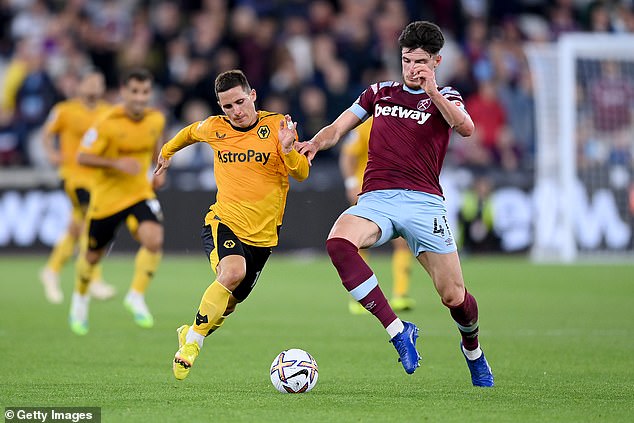 It means that every result is going to have a bearing from now until the conclusion of the season in May, with nobody yet cut adrift.

Ahead of the crunch weekend, we preview the four important games and offer our predictions.

Aston Villa may wish to believe they’re safely ensconced in mid-table but the reality is a couple of negative results could easily suck them into the relegation battle.

That certainly isn’t what Unai Emery signed up for, so three points against Leeds United under the Friday night lights feels like a must.

Stung by their shock FA Cup exit to League Two Stevenage last weekend, Villa are hopeful their new £13.2m signing Alex Moreno is registered in time to be involved.

His arrival is a show of faith from Villa’s ownership in Emery and they have given the Spaniard full control over recruitment with Matteo Guendouzi, Arnaut Danjuma and Gerard Deulofeu potential targets.

Villa are upgrading their squad to push for Europe, not go into reverse, but they could do with some key players back from injury like John McGinn and Matty Cash.

Leeds survived a scare in the FA Cup at Cardiff last Sunday and could really have done without next week’s replay as they try and put more daylight between themselves and the bottom three.

Jesse Marsch’s side have been dreadful on the road, picking up only five points from a possible 24 so far this season, so that doesn’t bode well.

They’re also six winless in all competitions and whenever they do pick up three points, they make a real drama of it with a six or seven goal thriller.

Villa showed just how good they can be in their recent win at Tottenham and, despite some obvious flaws, they are in a better place right now than their opponents.

It promises to be a spicy afternoon at Goodison Park with Everton fans planning a sit-in protest against the club’s ownership after their game with Southampton.

If they lose, things could very easily turn toxic for owner Farhad Moshiri, who is taking the brunt of supporter unrest rather than Frank Lampard and the team.

The Toffees have slumped into the relegation zone amid a six-match winless streak in the Premier League. They haven’t won a league game since October 22, when Crystal Palace were beaten 3-0.

Lampard will need his team to perform more like they did in their battling 1-1 draw at Manchester City rather than the atrocious 4-1 home loss to Brighton that followed it.

Their next two games are against Southampton and then West Ham. Put simply, if they lose both it’s unlikely Lampard will be keeping his job regardless of fan backing.

They did at least manage to get the better of Southampton at St Mary’s back in October, but they’ve failed to turn up in so many games this season, including against teams around them.

This week has witnessed the first indications that Saints are getting there under Nathan Jones.

He picked up his first Premier League win in charge at Crystal Palace and backed that up with an excellent performance to dump Manchester City out of the Carabao Cup.

That will offer plenty of optimism and they’ll move level on points with Everton if they win. Lose, however, and they could become cut adrift again.

Saints have bolstered their midfield options in the January market as well, with Croatian winger Mislav Orsic coming off the bench for his debut against City and Argentine Carlos Alcaraz pushing for his first involvement on Merseyside.

It promises to be an intriguing afternoon both on and off the field.

These East Midlands derbies are tempestuous affairs anyway – but even more so when both teams are trying to inch their way clear of the relegation places.

There appeared little hope for Forest when Leicester crushed them 4-0 back in early October but Steve Cooper, having come close to the chop, has improved their fortunes.

Not only are Forest into the semi-finals of the Carabao Cup, but they’ve picked up some precious points in the league as well, lifting them out of the bottom three.

Forest are without several players – including Jesse Lingard, Moussa Niakhate and Cheikhou Kouyate – but their famously large squad should be able to cope.

With local bragging rights at stake, it’s hardly ideal that Leicester are going into this on the back of three straight league defeats – to Newcastle, Liverpool and Fulham.

They also exited the Carabao Cup to Newcastle in midweek and a loss at the City Ground will certainly pile the pressure on Brendan Rodgers once more.

One crumb of comfort is that Leicester do tend to find goals on their travels – in the league at least. They’ve netted at least once in their last 15 away trips.

Kelechi Iheanacho, the FA Cup specialist who scored the decisive goal at Gillingham last weekend, may well be trusted to lead Leicester’s attack ahead of Jamie Vardy and Patson Daka.

Just one point splits these two teams either side of the relegation line, piling huge pressure onto Saturday afternoon’s meeting at Molineux.

Wolves are looking better under Julen Lopetegui but the results haven’t necessarily always gone their way.

They dramatically beat Everton 2-1 in his first league game at the helm, then were squeezed out by Manchester United, before taking a point at Villa Park which wasn’t to be sniffed at.

Wolves then grabbed a FA Cup replay with a 2-2 draw at Liverpool but went out the Carabao Cup on penalties to Forest. However, there are enough signs to suggest they are moving in the right direction again.

A win here would move them above the Hammers and they could do with it given Man City and Liverpool await in their next two league fixtures (not to mention the cup replay with the Reds).

Let’s hope there are minimal VAR interventions on Saturday for the sake of Lopetegui’s blood pressure. They were denied a late winner at Anfield and the Spanish boss held a 90-minute meeting with referees’ chief Howard Webb to talk it all over.

At Liverpool last Saturday, Toti Gomes thought he had scored a late winner for Wolves in the FA Cup third-round tie, only for it to be disallowed and VAR incorrectly to uphold the decision

West Ham are living dangerously again with David Moyes fielding questions on his future in the job every single week.

He will hope and pray last weekend’s FA Cup win at Brentford is a turning point but their league form has been dire with no win since October 24.

It certainly isn’t where West Ham fans predicted the season would go and now it really is crunch time with this trip to Wolves followed by a home match against Everton next weekend.

At bit of optimism comes from the likes of Kurt Zouma, Vladimir Coufal and Gianluca Scamacca potentially coming back from injuries.

You feel this is a must-not-lose for Moyes as West Ham teeter just above the bottom three.

Check out our social media accounts along with other pages related to themhttps://topfut.com/related-pages/