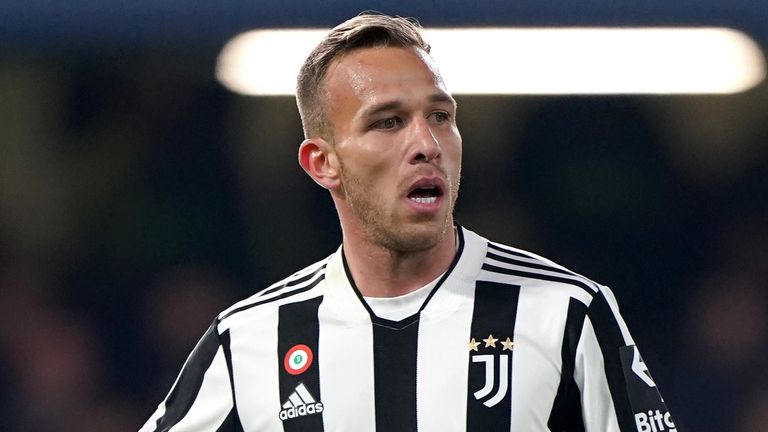 Rafael Leao is set to put an end to talk of a January move to Chelsea or Manchester City by signing a new long-term deal with AC Milan.

Sean Dyche has admitted Burnley were right to sack him last season and hopes to make a return to the Premier League by throwing his hat into the ring for the vacancy at Bournemouth.

Arsenal will renew their interest in Shakhtar Donetsk forward Mykhaylo Mudryk in January after being put off by their price tag over the summer.

Todd Boehly has already held talks with clubs in Brazil and Portugal as he looks to begin adding clubs to Chelsea’s portfolio.

Arsenal reportedly wanted to sign then-Chelsea striker Tammy Abraham before his move to Roma in the summer of 2021.

Liverpool are open to terminating Arthur Melo’s loan from Juventus in January, according to reports in Italy, but only if they can secure a long-term replacement.

Danny Rose is closing on a move to Greece, with AEK Athens set to complete a deal to bring in the former Tottenham and Watford defender on a free transfer.

AC Milan are working on striker options to go after in January with summer signing Divock Origi struggling badly since his arrival from Liverpool.

Tickets for Roger Federer’s farewell event, next week’s Laver Cup in London, skyrocketed as high as nearly £24,000 after his shock retirement announcement.

Yorkshire will pay up to £1.9m in compensation to staff they sacked in the wake of the Azeem Rafiq racism scandal, after admitting the dismissals were “procedurally unfair.”

Shane Warne’s family say it is “beyond disrespectful” for Nine Network to announce they are turning the cricket legend’s life into a two-part drama series called Warnie.

Ecuador’s hopes of retaining their place at the World Cup suffered a blow after Byron Castillo failed to appear at FIFA’s Appeal Commission hearing into his nationality on Thursday.

John Terry is set to embark on a career in football business after enrolling on a FIFA diploma course for executives which will also include Fabio Cannavaro and Philippe Senderos.

Chelsea goalkeeper Kepa Arrizabalaga has admitted he is open to hearing more about Todd Boehly’s North-South All-Star Game and backed himself to play in it should the game be given the go-ahead.

Didier Deschamps has warned Paul Pogba he is not an automatic selection for the France squad heading to the World Cup in Qatar.

WTA chief executive Steve Simon says the tour will continue to boycott China until there is a firm resolution to the Peng Shuai scandal.

Former Arsenal striker Alexandre Lacazette is set to undergo surgery on his vocal chords after battling pain that has been shown to have come from a polyp which has also left him with a higher-pitched voice.

Jon Rahm says there is no truth to the rumours he is the “top 10” player set to become the next LIV Golf signing.

RB Leipzig have suffered a huge injury blow ahead of their Champions League double-header against Celtic with key midfielder Konrad Laimer set to miss both games.

Former Celtic player Simon Ferry says Ange Postecoglou’s style of football is the best he has ever seen at Parkhead.

Hearts have revealed plans to upgrade Tynecastle significantly, which will include opening a hotel inside the ground’s footprint.

We have our social media profiles here , as well as other pages on related topics here.https://topfut.com/related-pages/