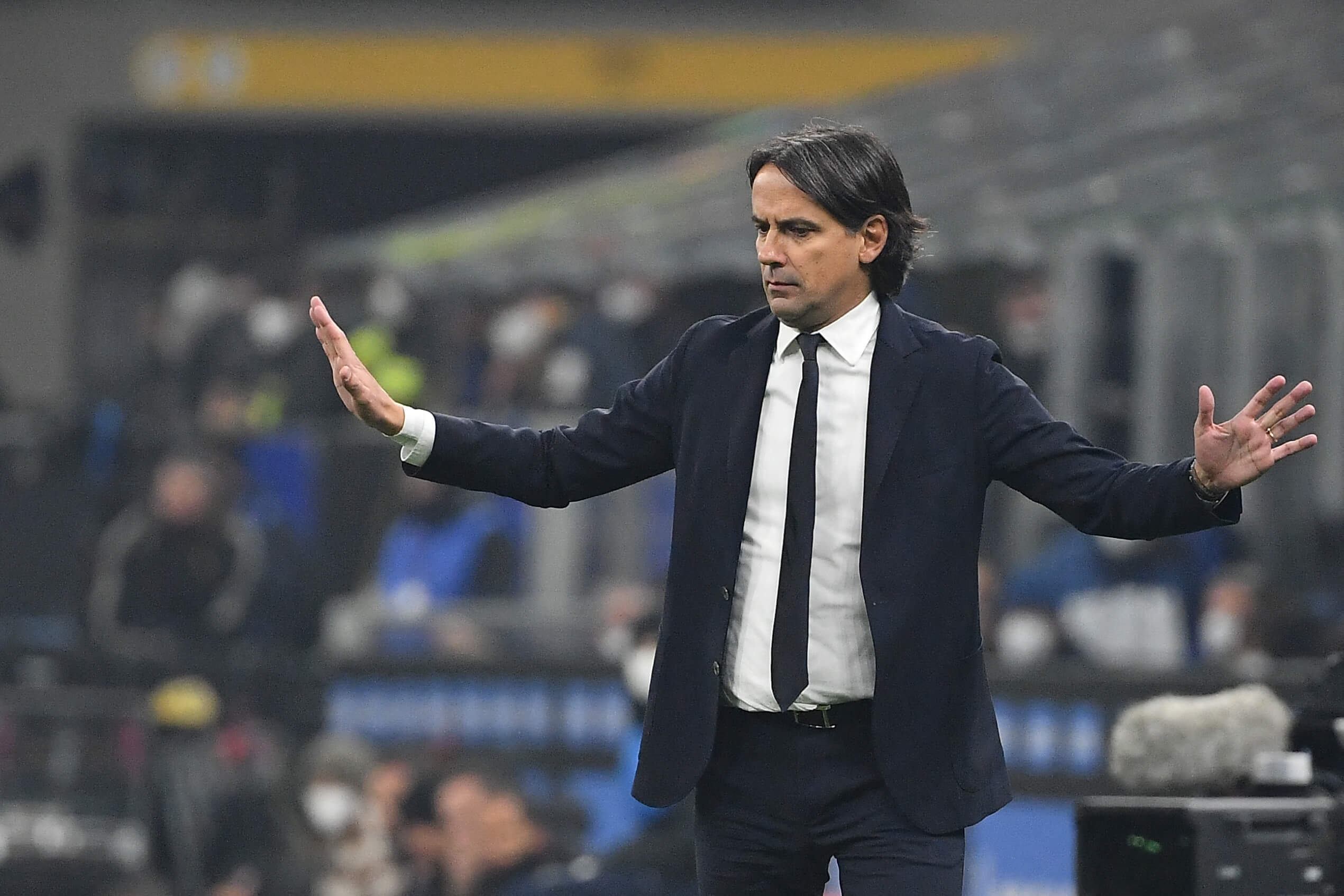 Across the men’s and women’s games, English and Scottish football have decided to call off all fixtures this weekend following the death of Queen Elizabeth II.

There are still plenty of club games around the world being broadcast, however, and The Athletic writers have compiled this guide to the matches you might want to keep an eye on while the Premier League, EFL, Premiership, National League and more are on pause.

No doubt about the weekend’s biggest game in Germany: Marco Rose takes charge of his first RB Leipzig match following the dismissal of Domenico Tedesco on Saturday as they host Borussia Dortmund, the club that sacked him after just a single season in charge. With cause, too, because Dortmund’s lows under Rose were deep enough to damage his reputation and leave him facing not quite a last chance in Leipzig, but a critical juncture that demands a positive response.

That’s a must-watch, so too are Christian Streich and Freiburg.

Streich is one of German football’s great, enduring characters and his team have won four games straight across all competitions and will return to a febrile Europa Park on Sunday with the chance of retaining their place on top of the Bundesliga.

They face Borussia Monchengladbach, who can be anything at all, as that miraculous point against perennial champions Bayern in Munich a few weeks ago proved. Gladbach are a team of ethereal talents and mood players — watch out for young Manu Kone — and they’ve been bolstered by the signing of former Dortmund midfielder Julian Weigl, on loan from Benfica.

Pressure is mounting on Inter Milan coach Simone Inzaghi after three defeats in four games. The 46-year-old has been criticised for getting his line-ups wrong and the team looks like it may be going stale. Inter’s directors were at the training ground to hold talks with Inzaghi after the 2-0 loss to Bayern Munich at San Siro in their Champions League group opener on Wednesday night. Chief executive Beppe Marotta then gave Inzaghi a public vote of confidence in an interview with Sky Italia.

Sacking the raven-haired former striker would be an expense Inter can ill-afford so soon after president Steven Zhang shook hands with him on a contract extension. The hope is Inzaghi can turn things around.

Inter host Torino on Saturday and can expect a rough and tumble game. Ivan Juric’s side have started the season well despite a public falling-out between the coach and his sporting director. New signings Nemanja Radonjic and Nikola Vlasic have hit the ground running and three wins in five games hint at a team ready to challenge for Europe. How will Inzaghi respond?

Elsewhere, Serie A’s leaders Atalanta have a great chance to stay at the top against newly-promoted Cremonese in a Lombardy derby on Sunday.

Atalanta didn’t figure in the conversation for the top four on the eve of the season but they are undefeated and have won four games out of five. The league is so open this season, it’s tempting to consider Atalanta as dark horses. They’re not in Europe and many of their star players won’t be at the World Cup.

As for Cremonese, they’re back in Serie A after 26 years and it was lovely to see one of their favourite sons, Gianluca Vialli, at the Stadio Giovanni Zini on Monday in a vintage red and grey jersey.

Scottish readers might want to check in on the game and see if Jack Hendry makes his debut. Hendry is one of four Scots in Serie A after Empoli’s Liam Henderson, Lewis Ferguson at Bologna and Verona’s Josh Doig.

La Liga has a full programme of games this weekend, from Girona hosting Valladolid on Friday evening through to Almeria vs Osasuna on Monday.

The four Champions League sides — Real Madrid, Barcelona, Atletico Madrid and Sevilla — all face teams who finished in the bottom half last season.

UK TV viewers will not be able to watch Sevilla visit Espanyol, in what could be Julen Lopetegui’s last game as coach due to the 3pm Saturday afternoon blackout of any live televised football in Britain but Barcelona’s trip to Cadiz a little later on could see Robert Lewandowski and company continue their recent goalscoring spree, given Cadiz are currently bottom with zero goals scored and 10 conceded.

The most interesting clash of the weekend could be Manuel Pellegrini’s Real Betis hosting Unai Emery’s Villarreal. Both teams have had excellent starts to the season and the winners on Sunday night will gain an early advantage in the race to nab a top-four finish.

The headlines have been grabbed by Paris Saint-Germain’s divine trio of Lionel Messi, Kylian Mbappe and Neymar in most Ligue 1 match rounds so far this season. This weekend, it is the clubs pushing to challenge PSG for the title or secure a European place that are the reasons to keep your eyes glued to the television.

Marseille, only second to PSG on goal difference, will be hoping to make it five successive Ligue 1 victories on Saturday. They are likely to face a stiff challenge, however, when they host Paulo Fonseca’s Lille at the Stade Velodrome as the visitors aim for their third consecutive away scalp. It could also be an intriguing opportunity for Arsenal supporters to see how their former players Alexis Sanchez and Matteo Guendouzi are getting on at Marseille. Nuno Tavares has also played all six games since joining them on loan from the north London side. 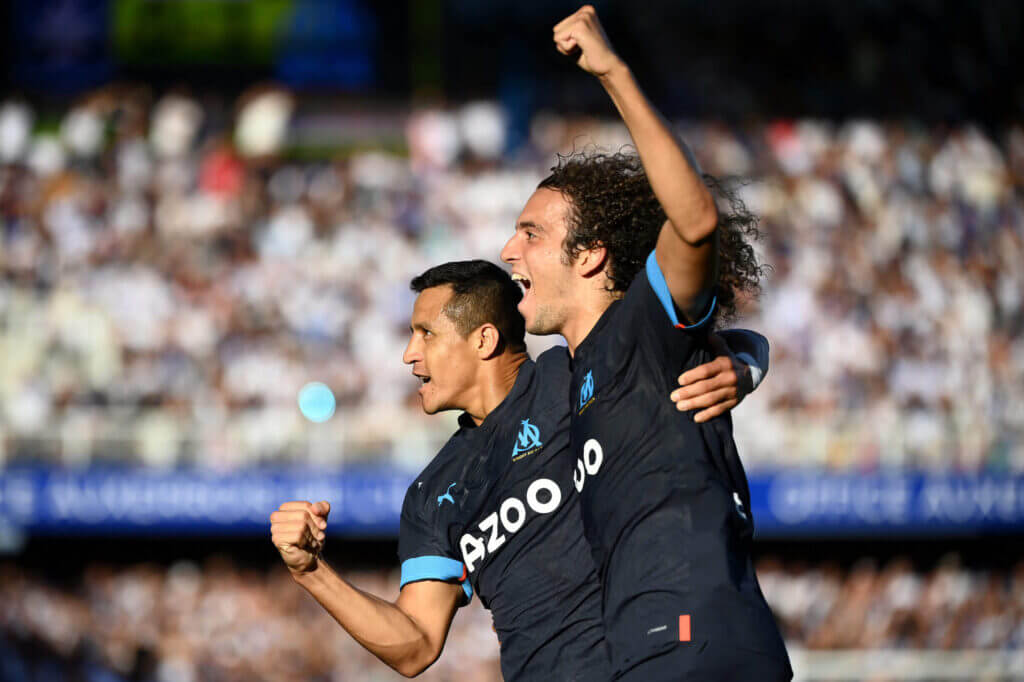 Another must-watch game is Lyon’s visit to Monaco on Sunday. Brazilian Tete has been lighting up Ligue 1 this season since joining on loan from Shakhtar Donetsk of Ukraine. A left-footed winger who prefers to cut in from the right flank, Tete has bamboozled defenders on plenty of occasions this season. But he has oozed substance along with the style, with four goals and two assists.

For those who fancy witnessing what an alternative XI of Premier League players looks like, tune in to Ajaccio vs Nice earlier on Sunday. Lucien Favre’s visitors are in 16th place but feature a number of former stars from England’s top flight. Former Leicester captain Kasper Schmeichel is between the sticks, Joe Bryan is on loan from Fulham, and there’s also ex-Manchester United and Everton midfielder Morgan Schneiderlin. Ross Barkley just joined as a free agent after leaving Chelsea, while Nicolas Pepe arrived on loan from Arsenal. Wales hero Aaron Ramsey is also with Nice, but misses out through injury.

All in all, there remains little to separate to sides after a month of action — and this weekend looks set to offer another twist in this season’s tale.

The MLS championship playoff race is heating up, and both of these teams need points for different reasons. Nashville are hoping to hang on to a spot in the top four of the Western Conference, which would give them hosting rights at their brand new (and lovely) stadium for the first game of the single-elimination postseason.

LA Galaxy, meanwhile, are just trying to make the show at all — they’re currently three points adrift of the play-off line, so getting a result away from home here would be huge. 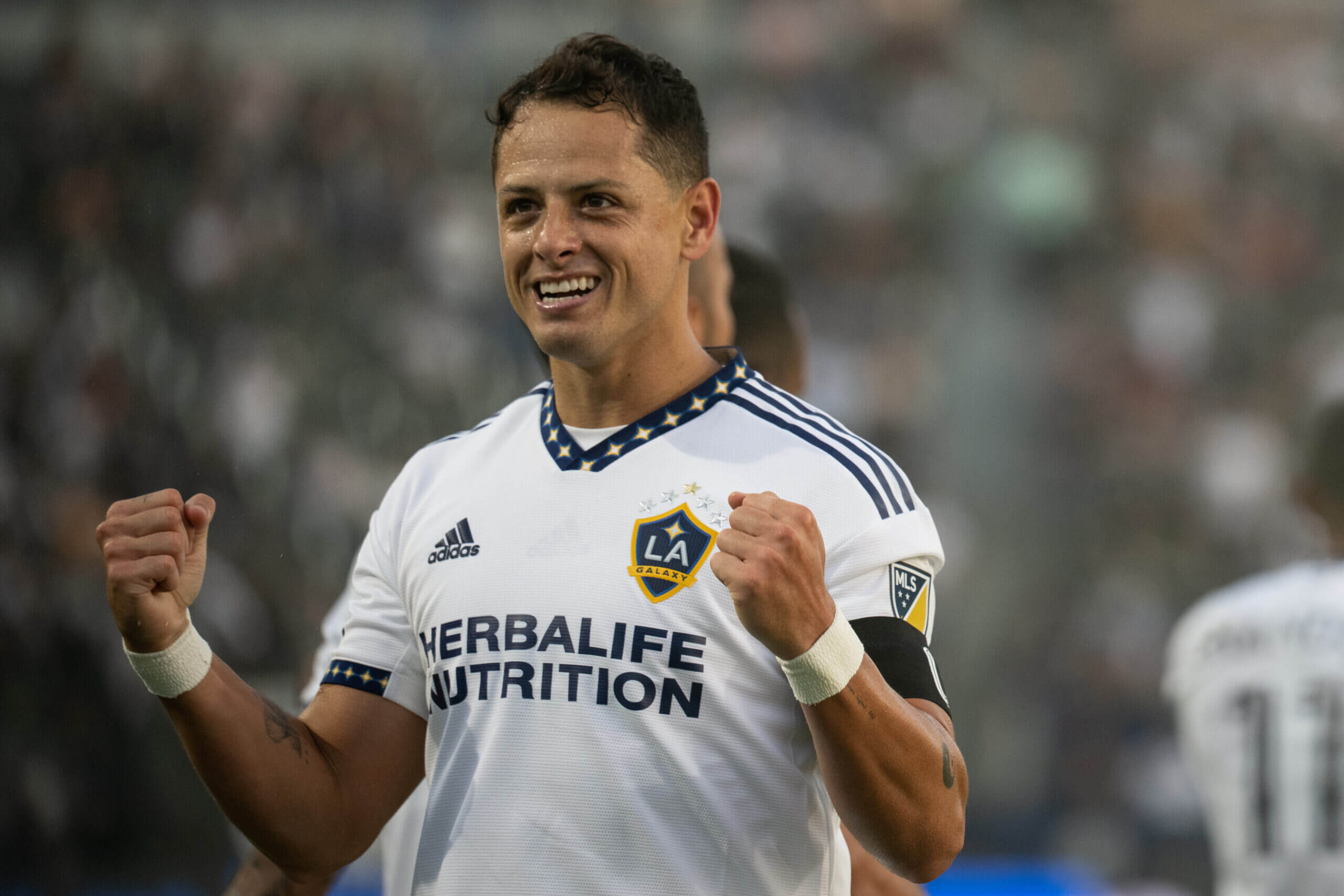 There are plenty of stars involved, including Nashville’s MLS Golden Boot frontrunner Hany Mukhtar and the Galaxy’s Chicharito and Riqui Puig. Rain is in the forecast for Tennessee, so the chances of chaos may be higher than usual.

LAFC, one of the two best teams in all of MLS, will face a challenge when they travel to Texas to face Dallas, who are currently third in the Western Conference (1.30am Sunday BST, 8.30pm ET, 5.30pm PT).

The Los Angeles side have been closely managing mid-season signing Gareth Bale’s minutes as he ramps up for the World Cup with Wales, so it’s anyone’s guess how much he will play in this one, but they won’t be short of recognisable names with Giorgio Chiellini and Carlos Vela likely to see the pitch.

On the other side, Dallas’ Jesus Ferreira could feature up top for the US in Qatar and club-record signing Alan Velasco, a 20-year-old winger from Argentina, may be setting himself up for a move to Europe sooner than later with his strong form.

Matchday 18 of 27 in Argentina’s Primera Division features one of world football’s biggest rivalries.

The Superclasico between Boca Juniors and River Plate returns to the former’s famed Estadio La Bombonera on Sunday (9pm BST, 4pm ET, 1pm PT). The two clubs have been inconsistent during the current Clausura tournament but returns to form now have Boca and River in a position to fight for the title.

Both enter the weekend having not lost in five matches. River and Boca are sitting in sixth and seventh, respectively, tied on 29 points — just four  behind leaders Atletico Tucuman. But regardless of their league positions, the Superclasico is always a heated affair between these storied Buenos Aires clubs.

Surprisingly, Boca have not won a league match against River at La Bombonera since 2015.

US: Every game can be streamed on ESPN+

US: Each game can be streamed on Paramount+

US: Each game can be streamed on ESPN+

What to watch after Premier League called off

You can find our social media profiles , as well as other pages related to it.https://topfut.com/related-pages/