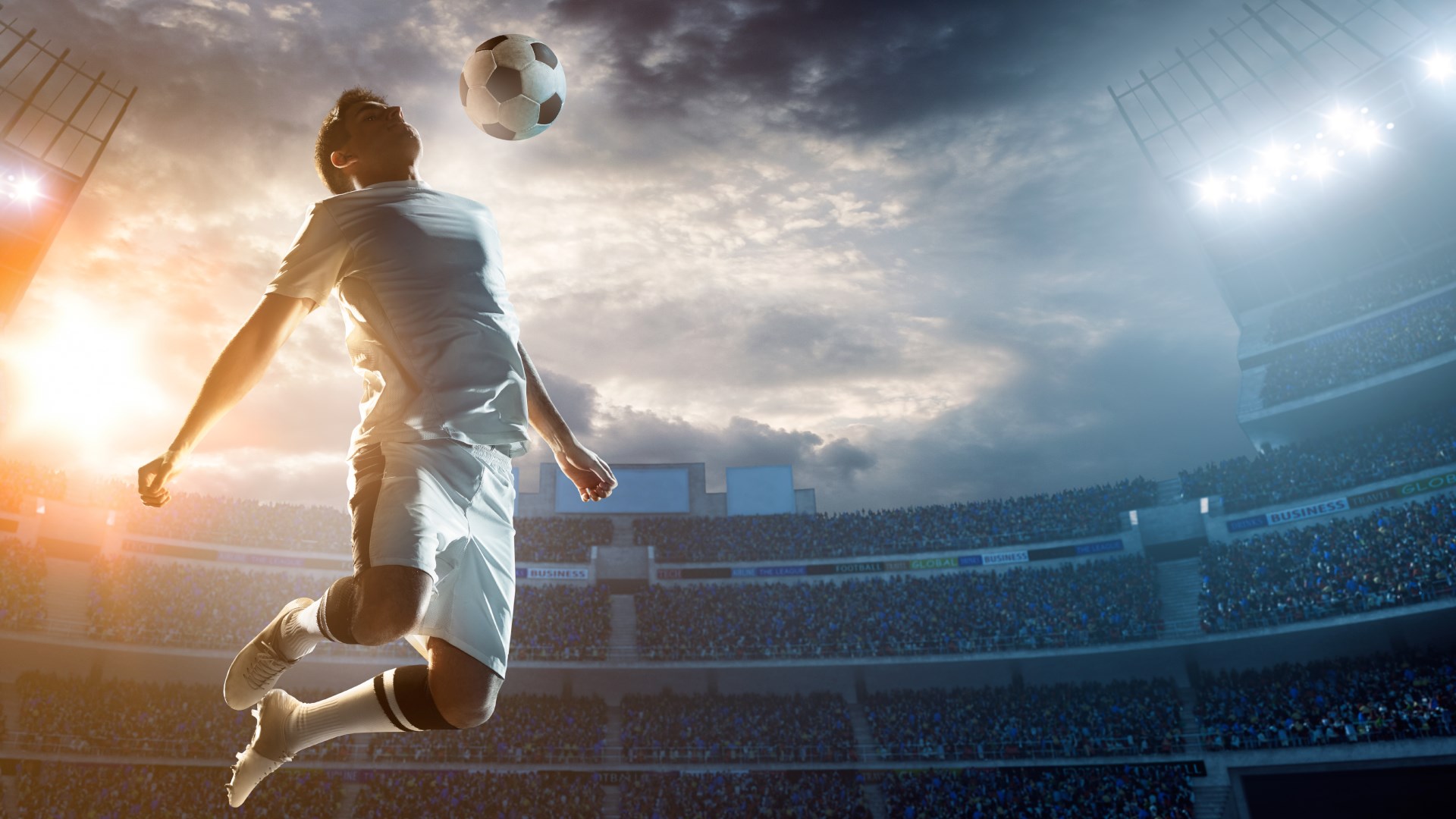 On the one hand, this serves as a reminder of Italy’s strength in depth in the technical area. On the other, it highlights a renewed domestic competitiveness. Serie A went down to the final day in May and looking at the table now I can’t be the only one scratching my head, musing on who will be celebrating the Scudetto come June.

Napoli and Atalanta are the only undefeated teams left. Neither Luciano Spalletti nor Gian Piero Gasperini have won Serie A. Is it going to be their year? There’s an argument to be made that this is their league now. Everyone else is just living in it. The pair’s influence is hiding in plain sight and yet it still isn’t mainstream. This weekend may have changed that for good.

On Sunday lunchtime, the first of a series of tremors rippled through Serie A. Udinese have been a revelation under Andrea Sottil and they were briefly top for a few hours after coming back from behind to defeat Inter at the Dacia Arena. “I’m so proud,” he said. It was their fifth win in a row, Udinese’s best start since Sottil, a grumbly and taciturn centre-back, played for the club back in 2000.

His manager that year, Gigi De Canio, burned bright only to fizzle out spectacularly in the spring. He was replaced by a coach who left a lasting impression on Sottil, a “genius”. “When I get asked who my mentor was, I always say Spalletti,” he told DAZN. “He’s brilliant. He’s got great ideas. I say he’s brilliant because he’s daring and he’s able to pass that on to his players and get them to take the game to their opponent. I try to do the same.”

Attention turned swiftly enough to Monza and the latest Juventus melodrama. Playing a winless, bottom-of-the-table, newly promoted side was, on paper, the perfect way to put Wednesday’s excoriating loss to Benfica aside.

Monza were also under new management. Despite chief executive Adriano Galliani declaring the bushy-haired Giovanni Stroppa safe last weekend, Silvio Berlusconi sacked him anyway for failing to follow his tactical instructions (Silvio wanted the goalkeeper to go longer, the defenders to man-mark and the strikers to stay high up the pitch). At 38, the former Juventus player Raffaele Palladino was suddenly promoted from his job in charge of the youth team, becoming the youngest coach in the league. “It’s unexpected,” Palladino said. “It won’t be easy, but it’s amazing.”

In the week, he got a call from his old team-mate, the Torino coach and death metal enthusiast Ivan Juric. The two of them go way back. They played together at Genoa and Juric signed Palladino for Crotone, where they won a historic promotion to Serie A.

“We had a chat before he took the job,” Juric told Sky. “He asked for my advice.” The pupil turned to his master. Only Juric didn’t see it that way. “We’re both students of Gasperini (their coach at Genoa). We try to do our own thing and put our own spin on it but that guy changed both of us; the way we work, our understanding of the game, the values we share, how you should train and treat other people. Everything. He left a mark on us and we’re better for it.”

By “we” Juric was speaking for his assistant Matteo Paro, who stood in for him against Inter last week, and Thiago Motta, the new Bologna coach, whose playing career was resurrected by Gasp.

At the Brianteo, Monza set up like a classic Gasperini team. Configured in the same 3-4-2-1 Juric also uses, they played man-to-man, dominated the ball, got their centre-backs making half-space crosses to one another in the opposition penalty area and won for the first time ever in Serie A. Berlusconi naturally took all the credit. “This team has great potential and didn’t show it in the first few weeks of the season because it played the wrong formation. Beating Juventus is the best way to start our new journey. I’d say the Berlusconi cure works.”

Could they beat the famous Old Lady in their first-ever season in Serie A? pic.twitter.com/potdDXIMdv

Not since Catanzaro in 1972 had a team got their inaugural win in Serie A against Juventus. Massimiliano Allegri still claims to enjoy reading stories about being on the brink of the sack. “I missed it,” he said with trademark unflappability.

In midweek, a fan doorstepped Juventus’ chief executive Maurizio Arrivabene after lunch with Benfica’s executives and implored him to do what Berlusconi did to Stroppa. “Only if you pay for his replacement,” he quipped. The joke was in poor taste and as much as Arrivabene has since clarified that it would be “absolute madness” to get rid of Allegri with the team eighth in Serie A and pointless in the Champions League, the gag was revealing.

Juventus can ill afford to miss out on the Champions League, but the cost of paying off the highest-paid coach in Serie A, who has almost three years left on his deal, is an expense they can also do without.

The story lays bare the dysfunction at the core of the club and in the way European football is formatted whereby you have to spend money (to sack Allegri and hire a replacement) in order not to lose money (by failing to qualify for the Champions League).

Juventus’ decision-making has undoubtedly contributed to the state they are in today, but the unsustainable nature of the model outside the recession-proof Premier League is why the club’s chairman Andrea Agnelli continues to be a proponent of a new, sustainable alternative. Allegri’s future is one thing, the ruling the European Court of Justice makes on UEFA, FIFA and competition law later this year is another.

For now, Juventus are seven points off the top and you are left wondering what if one day they brought the Piedmontese Gasperini back to the club from whence he started his career as a player and a coach (in the youth sector).

Gasp is at it again with Atalanta. Last season’s eighth-place finish seems to have been a blip and not being in Europe at all means they are able to play at an intensity only Udinese can match at the moment. This team isn’t as spectacular as the Papu Gomez-Josip Ilicic vintage.

It has kept a clean sheet in every away game and beat Roma 1-0 at the Olimpico on Sunday evening, where a couple of teenagers Rasmus Hojlund and Giorgio Scalvini — the synthesis of smart recruitment and Atalanta’s excellent academy — combined to score the only goal of the game. “For years I was kind of misunderstood,” Gasperini said, taking the opportunity to get a few things off his chest.

Picks out the bottom corner brilliantly to give Atalanta the lead against Roma. pic.twitter.com/4jOvVtHOuh

“My Genoa team came from Serie C and narrowly missed out on the Champions League (on head-to-head in 2009). Motta, Palladino, Juric, Paro and (Salvatore) Bocchetti (now coaching in Hellas Verona’s youth sector) all came out of that side.

“Throughout our time in Genoa, people didn’t seem to get what we were about despite the remarkable results we achieved. They thought it was old school because we man-marked and played a back three.

“When I got sacked by Inter, people said it was because of that. Then Inter won the league playing a back three (under Antonio Conte). Chelsea won the Champions League playing a back three. I was a reject. But at Atalanta came consecration. We reached the Champions League three years running. We converted people. My hope is that the guys who played under me get the chance to work at big clubs as I probably never will. I hope some of them do, those who deserve it.”

Spalletti has had that privilege but often cuts the figure of the right coach at the wrong time. Prickly like Gasperini, the perception of his persona has often got in the way of any rational assessment of his coaching.

Francesco Totti made a TV series in which Spalletti was depicted as the villain for retiring a player by then in his 40s at the club’s behest. Then, at Inter, he was caught in another storm as the club justifiably stripped Mauro Icardi of the captain’s armband for not distancing himself from the criticism of the team his wife and agent Wanda Nara kept making as a TV pundit on the Mediaset show Tiki Taka.

Both cases obfuscated Spalletti’s on-pitch achievements, his bravura. This is someone who has qualified five different teams for the Champions League, someone who reintroduced the false nine role to European football after decades, someone whose football was as countercultural in Italy as what Gasperini proposed.

Before Sunday night’s game against Napoli at San Siro, Milan coach Stefano Pioli had nothing but respect for his opposite number. “I really rate Spalletti, his teams always try to take the game to the opposition. I went to watch his Roma side in training in 2006-07. To me, the mark of a good coach is someone who improves the players they work with and Spalletti is a top-class coach on that level.”

At San Siro, Spalletti came out on top in a game that had a wonderful balance to it. Napoli had to suffer as Milan disrupted their usual fluid possession game with well-timed aggressive pressing. Without the suspended Rafael Leao and injured Victor Osimhen on show, all eyes were trained on Khvicha Kvaratskhelia.

The Georgia winger neither scored nor assisted but impacted the game by drawing bookable fouls from Davide Calabria and Simon Kjaer. The yellows forced Pioli into a change at half-time and lo and behold Kvaratskhelia soon won a penalty against Calabria’s replacement, Sergino Dest.

The lead Napoli established did not last long as Pioli made a clever adjustment, bringing on Brahim Diaz and fielding him together with Charles De Ketelaere for the first time.

After neat interplay between the two of them, Theo Hernandez crossed for Olivier Giroud’s equaliser and Milan all of a sudden looked the likelier to win. De Ketelaere put Junior Messias through on goal, then Pierre Kalulu hit the bar.

Napoli are back in front! 🙆‍♂️

Champions Milan are minutes away from their first Serie A defeat of the season 😮‍💨 pic.twitter.com/2kxYPvWYfG

Spalletti’s subs brought no immediate tangible benefit, but one of them struck just as Milan were on top. Giovanni Simeone’s winner, a clinical glancing header, came against the run of play, but the Napoli fans up in the gods at the Meazza didn’t care. Midfield controller Stanislav Lobotka then took the sting out of Milan’s comeback and Kim got in a super block to deny Brahim a late equaliser.

The performance reflected well on both sides and with Allegri and Simone Inzaghi struggling, the pre-game sentiment of Il Corriere dello Sport, which billed Milan-Napoli as the “opening act” in the title race, feels about right, even at this early stage. Atalanta may have something to say about that, although Gasperini believes it’s “still too soon” to consider his team a contender. Recognition both for him and Spalletti, however, is long overdue.

Spalletti and Gasperini have never won Serie A – with Juve struggling, is this their year?

Check out our social media profiles and other pages that are related to them.https://topfut.com/related-pages/