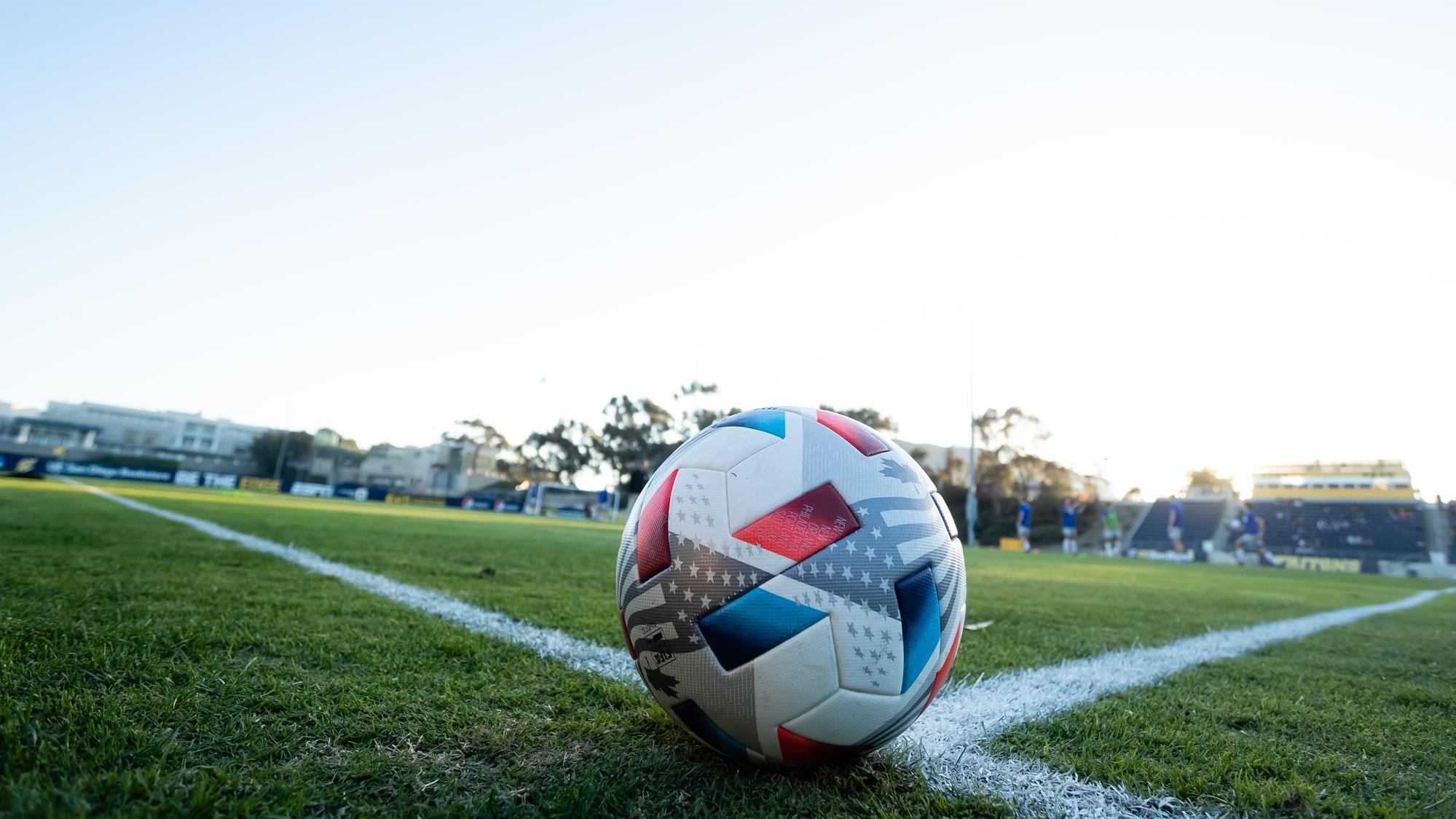 
An earlier start than usual, a World Cup in the middle and a June finale: the 2022/23 campaign promises to be an epic. The story starts here for club historian Rick Glanvill and club statistican Paul Dutton…

Here we go again: Chelsea’s 31st Premier League season, 88th in the top flight, 107th overall, 19th Champions League campaign since 1999 and – for the US stewardship of Todd Boehly/Clearlake Capital – a maiden voyage. The sanctions turmoil is behind us, but our stars will have to earn their stripes this season if the incoming owners are to build on the incredible momentum of the past two-and-a-half decades.

The first observation about the schedule for 2022/23 is that a World Cup tournament without precedent, running from 21 November until its 18 December denouement, will disrupt the usual rhythm of a season. No one quite knows what impact this will have, and not just on Chelsea.

This will be a season like no other, with all competitions (barring the FA Cup) stretched or squeezed like a concertina. Usually, 30-plus days separate the end of the Premier League season from FIFA’s opening ceremony, with a similar gap after the World Cup is lifted before the domestic club season resumes. This time around club competitions will pause after 12 or 13 November, nine days before the opening exchanges in the Mondiale, and restart at home to bogey side Bournemouth on Boxing Day, eight days after the trophy lift.

Further internationals have to be crammed in for late September, and after Newcastle away on 12 November, Chelsea will have played 23 matches on all fronts compared to last season’s 18.

Faced with such intensity, how many Qatar-bound Premier League players will have one eye on the World Cup before the FIFA tournament? How many will be affected by success or failure there? Will coaches arrange a second pre-season before the Christmas return?

The Premier League competition itself is celebrating its 30th anniversary, with the trophy touring England and Wales in August and September. Chelsea have generated plenty of wonderful memories over the past three decades and supporters will be encouraged to share them on social media over the second and third match weekends.

What else is notable in the competition itself in 2022/23? The £30 away ticket scheme will extend for three more years, coaches may call on five substitutes, the confusion around offsides when a defender touches the ball last has been clarified, and safe standing has been fully licensed for league fixtures at some stadiums by the Sports Ground Safety Authority. Chelsea were early adopters of the rail seating system, which was fitted in the Shed and Matthew Harding Stands last summer and trialled in January for the visit of Liverpool.

The new board’s player recruitment has been patient and determined, with the arrival so far of Raheem Sterling, a Londoner his new coach describes as ‘horrible’ to face, and Edou Mendy’s Senegal team-mate Kalidou Koulibaly, among the elite defenders in world football.

At the same time the incoming regime have made it clear they will reinforce the pathway from Academy to first team, the likes of all-action midfielder Conor Gallagher.

Lest we forget, the Londoners finished third last term, 21 points behind champions Manchester City – a two-point increase on the previous season – and five seasons have passed since we last cradled English football’s most coveted prize. That is our longest barren spell since 1955-2005. Sanctions and the change of ownership meant the Blues were playing catch-up for a few weeks in the transfer window.

Thomas Tuchel, starting his second full season at the Bridge, described Chelsea’s pre-season as ‘exhausting’ and the squad were handed two days off after the trip to Italy before the long haul begins. Results in the season preliminaries were mixed at best, but similar worries in 2010/11 and 2012/13 were followed by storming starts to the campaign. The transfer window remains open until 1 September.

The new regime’s bedding-in will not happen behind closed doors: nine of the first 14 league fixtures involving the reigning world champions have been selected for live broadcast. So a Saturday night win away to Everton on day one would provide an instant lift, especially in light of four straight defeats at bogey ground Goodison Park.

A last-minute Ross Barkley strike against Watford drew the curtain on Roman Abramovich’s stewardship. Let’s see who has the honour to open the account in this brave new era for the Blues.

How to watch Chelsea matches this season

Only five of the Blues’ 14 opening Premier League fixtures have avoided live broadcast in the UK; four of those fixtures will be Saturday 3pm starts.

Live TV coverage of the Carabao Cup remains with Sky Sports and the FA Cup will again be shared by BBC and ITV. BT’s monopoly on Champions League matches will continue until 2024/25, when Amazon Prime Video will stream key matches and the BBC will show highlights.

Chelsea will also provide extensive companion coverage via the website and The 5th Stand app.

Three-in-a-row Women’s Super League champions Chelsea can be followed through the FA Player app, which streams matches live. Each week Sky Sports will also broadcast two WSL matches live and the BBC one. Emma Hayes’ team’s pursuit of the elusive Women’s Champions League can be followed on the DAZN YouTube channel.

The 30th anniversary season will have an unfamiliar feel to it as the campaign will start eight days earlier than last season, around 6 August, and close on Sunday 28 May, hibernating from 13 November till Boxing Day while the World Cup takes centre stage. At least coaches will have a bigger pool to draw on in-game after clubs voted to permit five substitutions.

The 16th round of fixtures before the World Cup in mid-November (when Chelsea visit St James’ Park) will be reversed for the final Sunday of the Premier League campaign on 28 May.

All three promoted sides are familiar to the Premier League, albeit a while ago in the case of play-off winners Nottingham Forest. Chelsea beat the Reds home and away the last time they toured top-flight grounds in 1999, and the 23-year gap that followed is the longest ever for a returning Premier League outfit. The club is part of shipping magnate Evangelos Marinakis’s portfolio and the City Ground holds 30,445 spectators.

The Blues had racked up just two wins in the last six against Eddie Howe’s Bournemouth before they suffered the drop in 2020. The Cherries, who still play at the 11,450-seater Dean Court, are now coached by former Chelsea midfielder and Fulham coach Scott Parker.

The return of second-tier champions Fulham expands our scheduled west London derbies to four. Last season’s shock home loss to Brentford for Chelsea was the first involving our nearest neighbours since March 2006. The Blues have won the last seven in a row against the Cottagers, who return under Marco Silva after one year away.

The Whites will open the lower tier of their new Riverside Stand this season, eventually elevating capacity at Craven Cottage to just under 30,000. Other top-flight stadium changes include the London Stadium expanding capacity by 2,500 to 62,500, and the redevelopment of Liverpool’s Anfield Road Stand behind the existing structure, set to be completed for 2023/24.

Forest’s plans to close their main stand for development will now take place at the end of the season, but Villa Park’s upgrade is still some way off.

The only Premier League club to switch coaches in the summer was Manchester United, where Erik ten Hag left Ajax to replace Ralf Rangnick (the eighth different occupant of the Old Trafford dugout since Sir Alex Ferguson in 2013).

This season’s UEFA schedule is much more compact than usual, with the group stage wound up in early November, five weeks earlier than is the custom. However, the round of 16 will begin in February as usual and the final is set only marginally later: Saturday 10 June at Istanbul’s Ataturk Olympic Stadium.

Thankfully, only two of the four away matches either side of our group games require trips outside London, to Birmingham and Brighton.

NB All fixtures may be moved for live TV.

This will be the second European season without the ‘away goals’ rule which gave more weight to visiting teams scoring in a two-legged knockout tie.

Chelsea will be aiming for a fourth consecutive appearance in the FA Cup final, something no club has managed (the Blues having also made it to four of the past six).

The showpiece was first played at Wembley 100 years ago this season on 28 April 1923. Only Manchester United (19) and Arsenal (21) have reached the final on more occasions than Chelsea’s 15.

NB All fixtures except final may be moved for live TV.

Last season’s conclusion to England’s fastest route to silverware, involving Chelsea and Liverpool, produced a viewing figure of four million, a record for the match on Sky Sports’ platform.

The 63rd League Cup campaign, which sees a return to two-legged semi-finals, is another competition affected by the timing of the World Cup, with the draw for third-round ties, when Chelsea enter the fray, taking place after the second round matches on 23/24 August.

The third round is delayed until November and the fourth comes immediately after the World Cup final – possibly favouring sides with fewer internationals. The quarter-finals have been bumped back to January, but the final is in its usual spot in the calendar.

NB All fixtures except final may be moved for live TV.

While semi-automated offside technology (SAOT) – which Chelsea were the first English club to trial at the Club World Cup – will be implemented at the World Cup this winter, it will not come to club football until the 2023/24 season. Ruling body IFAB has, though, clarified offside decisions and when a defender is determined to have deliberately touched the ball, playing an attacker onside.

Changes are also happening at Professional Game Match Officials HQ, with this the last season for Mike Riley as managing director. The 2021/22 season was the final whistle for Martin Atkinson, Mike Dean, and Jonathan Moss. New blood has again been added to the Select Group One with Sheffield-based Tom Bramall, the fifth referee to be promoted to elite level in the past two seasons.

Three assistants, Nick Greenhalgh, Steve Meredith and FIFA-registered Natalie Aspinall, will also step up. Aspinall is familiar to fans of Chelsea Women, running the line for the crucial 3-1 victory at Spurs in April.

What else is new?

Nike have produced three new Aerowsculpt balls for the Premier League, all featuring three Xs (each a 10 in Roman numerals), in commemoration of the 30th anniversary. The main one is mostly white, the winter one (November-February) yellow, and for the final few months it will be light blue.

WhaleFin have replaced Hyundai as Chelsea’s shirt sleeve sponsor across all levels of the club this season.

Look out for part two of the Pre-Season Briefing tomorrow, containing all the key stats and milestones you need to know ahead of the new campaign…

Discover our social media profiles , as well as other related pageshttps://topfut.com/related-pages/