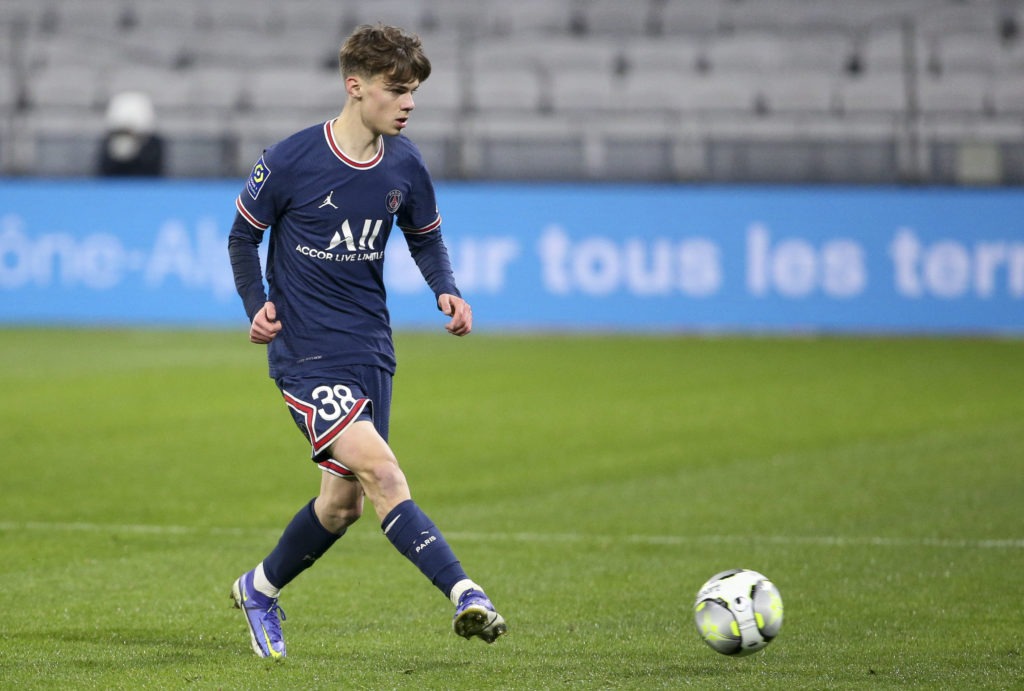 Celtic-linked PSG midfielder Edouard Michut has completed a loan move to Sunderland, which includes an option to buy, the Wearsiders have announced.

The Frenchman was present at the Stadium of Light for Sunderland’s 1-0 defeat to Norwich last weekend, with reports over the past seven days suggesting that he was closing in on a move to the Championship side.

Earlier in the transfer window, the former PSG man had brief links to Celtic, with Sky Sports reporting that the Hoops were ‘preparing an offer’ for the youngster

However, when asked about the potential interest in Michut during Celtic’s pre-season, Postecoglou quickly shutdown any links to the player

He said [Football Scotland]: “If I sat here talking about every player we were linked to every day… we don’t have enough hours.

“I have an interest in every good footballer in the world, but there is a limited market I can tap into. There’s no one I will dismiss, but I don’t want to send someone off on a wild goose chase. Good player, but no.”

The French U-19 international made eight appearances for PSG’s senior side since making his debut for the Parisians in February 2021.

Celtic have been consistently linked with midfielders this transfer window and would go on to sign Postecoglou’s former international stalwart Aaron Mooy following his release from Shanghai Port after missing out on Lommel midfielder Vinicius Souza.

Although the Hoops may still remain in the market for another player in that position, that man won’t be Edouard Michut after completing his move to Sunderland.

In doing so, the French youngster will also be linking up with a familiar name to the Celtic support, Tony Mowbray, after the former Hoops boss was appointed as Alex Neil’s replacement at the Stadium of Light.

The ship had sailed some time ago

As mentioned, whether Celtic will look to sign another midfielder before the close of the transfer window remains to be seen, but it felt very much like the ship had sailed on Michut already.

With the two clubs reportedly having wildly different valuations for the Frenchman, it looks unlikely that he was ever bound to be a Celtic player, at least this window.

With so much competition in Celtic’s midfield for the two “8” spots and the potential for new signing Sead Haksabanovic to deputise there if necessary, Michut seems to have been profiled as a long-term option, rather than one to immediately improve the starting eleven.

Although he may well become one who got away for Celtic, he also wouldn’t be the first highly-touted youngster to disappear into the mire of the Championship.

Time will tell regarding Celtic’s judgement of the youngster, and I am sure there will be plenty of watchful eyes on the starlet’s progress either way.

Have something to tell us about this article?

Visit our social media accounts along with other pages related to themhttps://topfut.com/related-pages/