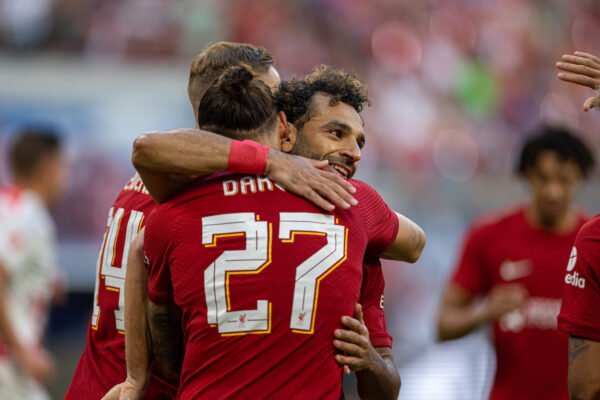 Liverpool embark on their seventh campaign under Jurgen Klopp with their sights set on more silverware – and a convincing case as the club’s strongest-ever squad.

Last season was a thrilling rollercoaster culminating in another two trophies safely tucked away in the bulging cabinet and ever so close to two more.

But this is a new season.

Our squad has changed, with a few comings and goings, our talented youngsters looking ready to step up, while our main rivals are all strengthening in an attempt to match – or better – Jurgen Klopp’s red machine.

So let’s break the team down into its three main components and talk about the comparative strengths of the squad – and how it might shape the season ahead.

As sad as I was to see both Sadio Mane and Divock Origi leave us after their respective achievements, I did feel it gave us the chance to take stock of the attacking options and recruit a striker to further enhance the plethora of talent we already have.

While not exactly a throwback to the classic centre-forward, he’s undoubtedly more of a traditional target man than we have seen in recent times.

A second-half four-goal salvo against RB Leipzig silenced the naysayers, while his introduction against Man City in the Community Shield was, quite literally, a game-changer.

Meanwhile, Mo Salah (who many, me included, feared was heading towards the exit) signed a new contract, Bobby Firmino recently publicly declared his love for the club, and of course, we also have the exciting pace and trickery of Luis Diaz and the guile and goal-poaching capabilities of Diogo Jota.

In short, this might just be the most diverse and fearsome ‘front five’ that we have ever had. 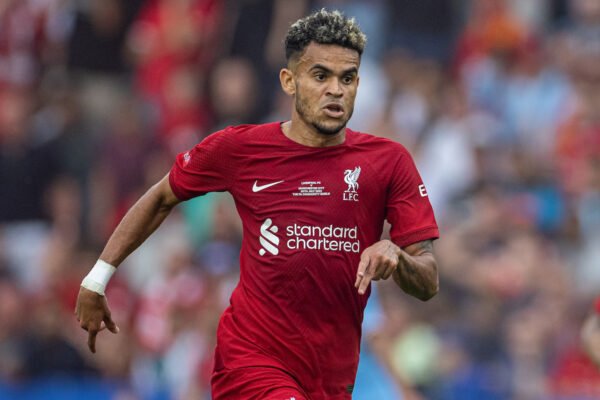 Pace, trickery, guile, power, strength, technique, creativity, aerial ability and goal threat – this quintet offer all of these in abundance.

And let’s not forget we also have the emerging attacking talents of Fabio Carvalho and Harvey Elliott (more about them later).

In terms of areas of concern with the front line, I struggle to pinpoint any.

With the strength in depth and proven goalscoring and creating capabilities of all five, I just don’t see an Achilles’ heel. 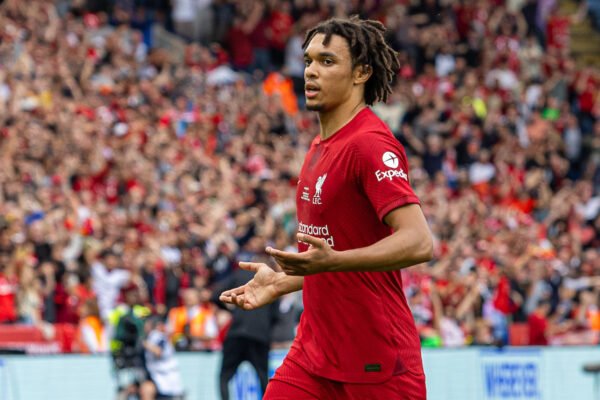 If our attack is world class, in Alisson, Trent Alexander-Arnold, Andy Robertson and Virgil van Dijk we can legitimately claim to have the best goalkeeper, left-back, right-back and centre-half in world football.

In Caoimhin Kelleher, Kostas Tsimikas, Joe Gomez, Ibrahima Konate and Joel Matip we have cover at the elite level for each of the back five positions.

Matip not only had his best season in a Liverpool shirt last year, but I would rate his performances right up there with the best centre-backs in Europe. He was immense.

At left-back, Tsimikas would be first choice for most teams in the Premier League and is the ideal understudy to Robertson, his game seemingly modelled on the superb Scot.

Gomez, who had previously struggled to adapt to the modern-day attacking right-back role, excelled in that position last season with driving runs and Trent-like delivery while maintaining his positional discipline.

He is, of course, a top-class centre-back, which makes him so vitally important as a utility player to cover multiple positions. Let’s just see a full, injury-free season please Joe. 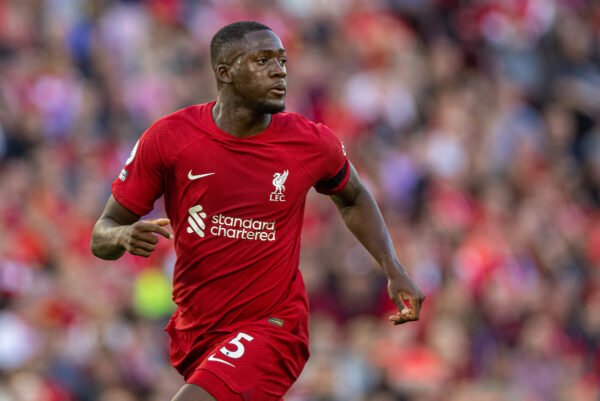 Konate goes from strength to strength in his central defensive role, and while not yet the finished article, he’s already a top-class centre-half.

I think it’s fair to say that in the key position partnering Virgil, whether it be Matip, Konate or Gomez, we are in exceptional shape.

So just as with the attacking options, we are spoiled for choice in defence.

It is a defensive group second to none and it’s no surprise that we had the joint-best defensive record in England last season – a feat I fully expect us to repeat this time out.

Do we have any weaknesses back there?

Well, not necessarily a ‘weakness’ but the risk/reward high-line game we play does, on occasion, allow the opposition an avenue to goal, and one which most teams try to exploit. 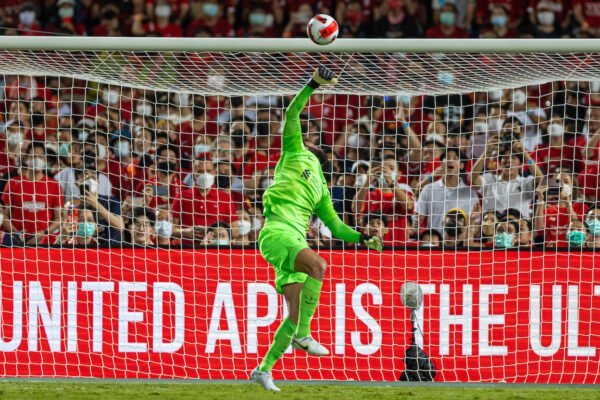 Unless the back four’s timing is exactly right (which, to be fair, it mostly is) the high line can be broken and an opposition striker can run free on goal.

We saw this on numerous times last season and are likely to see it again – because the simple fact is that the many rewards of this tactic far outweigh the occasional risk.

Of course, even when the opposition does break the line on that rare occasion, they still have to beat the great Alisson – the best one-on-one ‘keeper in world football. 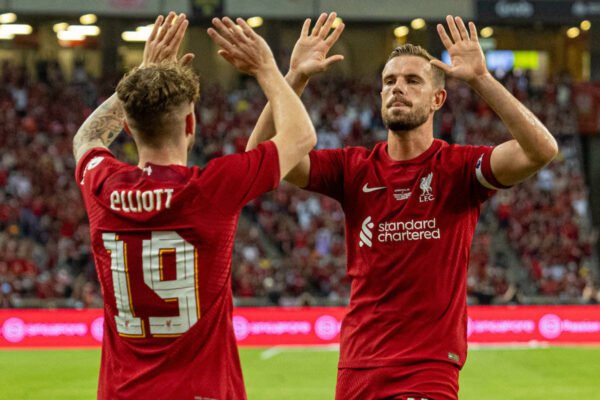 If there is one area of the squad which leads to heavy debate across the fanbase it is the midfield.

The first-choice midfield of Fabinho, Thiago and Jordan Henderson is not in question.

A destroyer, an artist and a captain who gels it all together and whose work ethic, leadership and attitude are critical to the team’s success.

Last season saw the glorious emergence (in a Liverpool shirt) of the world-class talent that is Thiago. 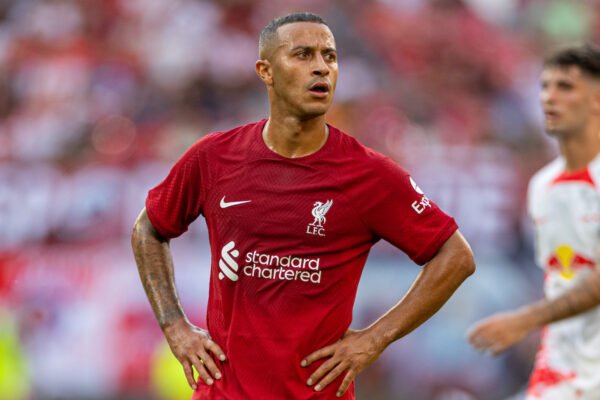 Artist, magician, genius, he’s one of those players that defies footballing convention with his uncanny vision and technical brilliance.

The only concern with Thiago is his appearance record across Spain, Germany and now Anfield.

He has never in his career played more than 30 league games in a single season, and has only reached the 30 mark on one occasion.

Indeed, in his two seasons at Anfield, he has played 24 and 25 league games respectively. Only once in the last six seasons has he played more than 25 league games.

Fabinho is, of course, one of the best defensive midfielders in world football, but similarly to Thiago, he has not yet played more than 30 games in a league season for Liverpool. 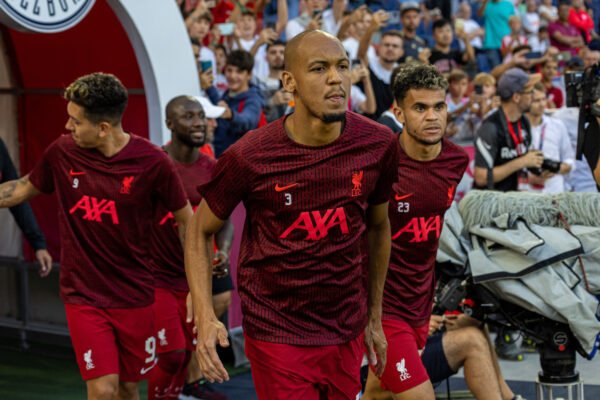 So while these figures can be explained by ‘rotation’ as well as injuries, the numbers do suggest that we will be without either Thiago and/or Fabinho, for one reason or another, in approximately 10 league games per season.

This means quality strength in depth beyond the first-choice trio is not just nice to have, it is a must-have.

Here lies the crux of the debate…

Is Naby Keita ready for a true ‘breakout’ season or will he flatter to deceive? The jury is, rightly, still out on Naby.

Can Curtis Jones find the level of consistency required at the elite level? He has games where he’s top drawer, only to sometimes follow a superb display with an anonymous one.

Then there is the age-defying James Milner, who will never let us down but can only be considered an occasional option; more a game-closer than a consistent starter.

Sadly, Alex Oxlade-Chamberlain is injured yet again, while the highly promising Tyler Morton has gone out on loan to Blackburn. 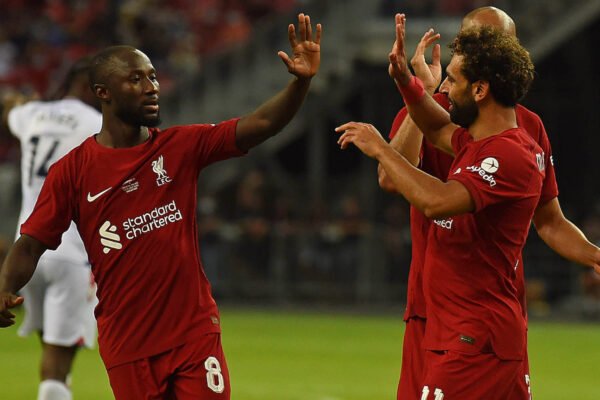 Taking all of that into account, it is the one area of the squad where our backup options can be described as ‘unproven’ either due to inconsistency, injury or inexperience.

If we do sustain one or two injuries to any of the first-choice midfield trio, the question is who can be relied upon to maintain the highest of standards?

I hope it’s Keita or Jones, or one of the youngsters, but therein lies the concern…

I hope it’s one of them; I’m not certain. In attack and defence, I have no such concerns.

And finally, the kids… 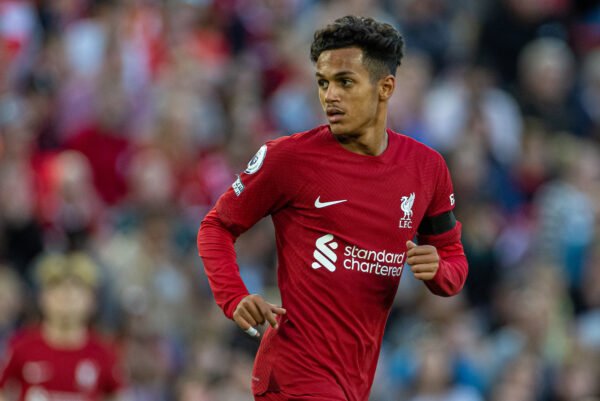 The young talent being scouted and nurtured at the club is mindboggling.

In the likes of Elliott, Carvalho, Morton, Kaide Gordon, Calvin Ramsay and others the future is in very safe hands.

I’ve seen enough of these players (Ramsay excepted) to have very high hopes for their top-class futures in a red shirt.

It’s also exciting to see many of these youngsters knocking on the door to first-team football.

I fully expect them to play key roles throughout the season – not just in early rounds of cup competitions, but truly ‘arriving’ as senior Premier League players.

It’s here where I believe the midfield concerns expressed above will be addressed. 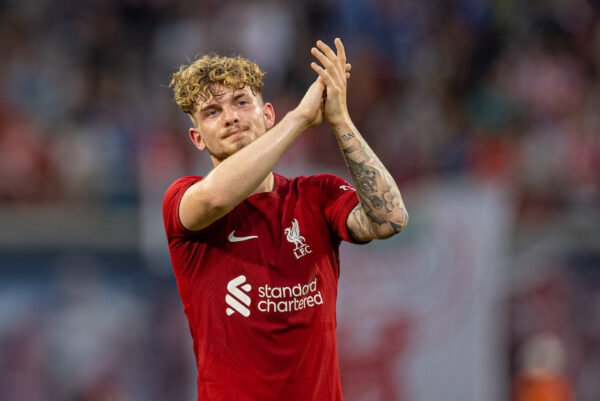 In addition to those aforementioned ‘senior’ players (with 39 league appearances in the last two seasons, I include Jones in that), Elliott and Carvalho offer such exciting options as links to the front line, or perhaps as part of the front line.

I don’t think it’s unreasonable to suggest that Klopp could go with a 4-2-3-1 formation in specific games, with the double pivot protecting the back line while the front four and flying full-backs do the rest.

Both Carvalho and Elliott have all the tools to thrive in such a setup. 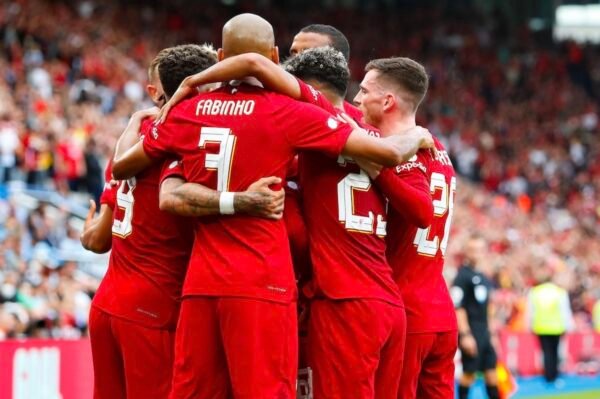 In summary, I believe that this is the greatest squad we have ever had.

I believe our forward line and back five are the best in the Premier League, bar none. I think our first-choice midfield trio is at least the equal of any of our rivals.

And while I do have some reasonable reservations about one or two of the midfield options, it’s tempered by the fact that I completely trust Klopp’s judgment.

If he believes we have the midfield strength in depth required, that’s good enough for me.

So strap in and buckle up everyone.

Analysing the Liverpool FC squad for 2022/23

Find here our social media accounts as well as the other related pageshttps://topfut.com/related-pages/