Lens will be looking to maintain their unbeaten start in Ligue 1 when they travel to the Stade de la Beaujoire to face Nantes on Sunday.

While the hosts are down in 15th place with just six points from seven games, the visitors are flying high in third position with 17 points from as many matches.

After ending last season on a high by winning the Coupe de France – their first trophy in 21 years – Nantes have since struggled to hit the ground running in Ligue 1 this term, winning only one of their opening seven matches.

The Canaries lost 3-2 away against Lorient in their most recent league match, before suffering a 3-0 away defeat to Qarabag in the Europa League on Thursday.

Antoine Kombouare rued missed opportunities for his side to break the deadlock before conceding all three goals in the final half hour, with their Azerbaijani counterparts claiming maximum points and leapfrogging them in Group G.

Nantes’ recent record against Lens will provide them with a much-needed boost for Sunday’s encounter, with the Canaries unbeaten in their last eight home league games against them.

With challenging encounters coming up across all competitions against Monaco, Rennes and Freiburg twice, Nantes will be keen to head into this run off the back of a positive result this weekend. 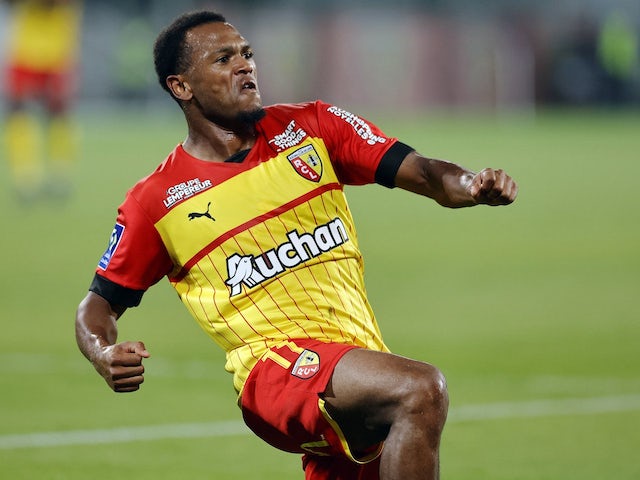 In stark contrast, Lens have laid down a marker to break into the top four of Ligue 1 after accumulating 17 points from their opening seven games, equalling their highest tally at this stage of a top-flight season set back in 2001-02 when they finished in second place.

A slender 1-0 win over Troyes last weekend, courtesy of a first-half goal from Kevin Danso, has seen them maintain their 100% record on home soil and remain in third place in the table, two points behind Paris Saint-Germain and Marseille at the summit.

Franck Haise has taken Les Sang et Or from strength to strength since his appointment in February 2020 when they were in Ligue 2, and there is growing optimism at the club that they can better their efforts from the previous two top-flight campaigns which saw them finish seventh on both occasions.

Since the turn of the year, Lens have only lost two of their 12 away matches in Ligue 1, but they head to the Stade de la Beaujoire this weekend after winning only one of their last 11 away meetings with Nantes across all competitions – a 4-2 Coupe de France victory in February 2021.

Tricky fixtures against Lyon, Lille, and Marseille are scheduled after the international break, so Lens will be keen to maintain their position in the top three and build on their impressive form this season with a victory on Sunday. 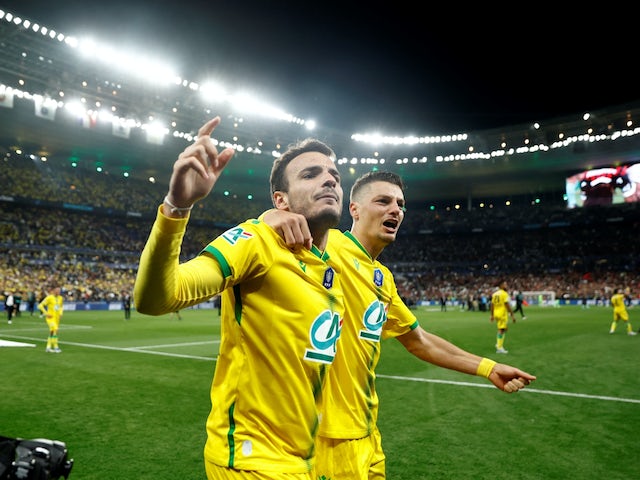 Nantes full-back Fabio Da Silva will serve the second of his three-match suspension, while defender Charles Traore remains sidelined with a knee injury.

Andrei Girotto is expected to return to the starting lineup and he could operate in a defensive midfield role should Kombouare decide to stick with a back four.

Either Evann Guessand or Mostafa Mohamed is set to lead the line, with Ludovic Blas and Moses Simon providing support in attack from the flanks.

As for Lens, Jonathan Gradit is ruled out after fracturing his collarbone in the first 15 minutes of last weekend’s win over Troyes, while Wuilker Farinez (ACL) and Wesley Said (hamstring) are also set to miss out with injuries.

Deiver Machado will serve the final game of his two-match ban, so Massadio Haidara is expected to continue at left wing-back.

Florian Sotoca and Lois Openda, who have scored nine league goals combined so far this term, are set to keep their places in attack along with David Costa.

Although Lens have struggled over the years when facing Nantes away from home, the visitors are in fine form at present and will be confident of coming away with all three points on Sunday.

The hosts will be keen to respond with a positive performance and result in front of their own fans following their midweek defeat in Europe, but we can see Les Sang et Or claiming a slender win on this occasion.

Our expert tipster partners at Sporita.com are predicting under 3.5 goals in this match. Click here to find out what else they are predicting for this game and for more of their tried-and-tested football tips.Under 3.5:data
ID:494850:1false2false3false:QQ:: from db desktop :LenBod:collect11494:

Explore our social media accounts along with other related pageshttps://topfut.com/related-pages/